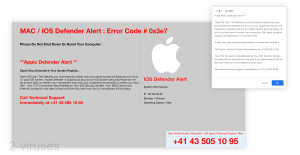 There are plenty of macOS tech support scams, such as Zeus Virus Detected !!!, Your System is Infected!, and others. Apple recognizes that and warns its users to be careful of the various malicious messages. 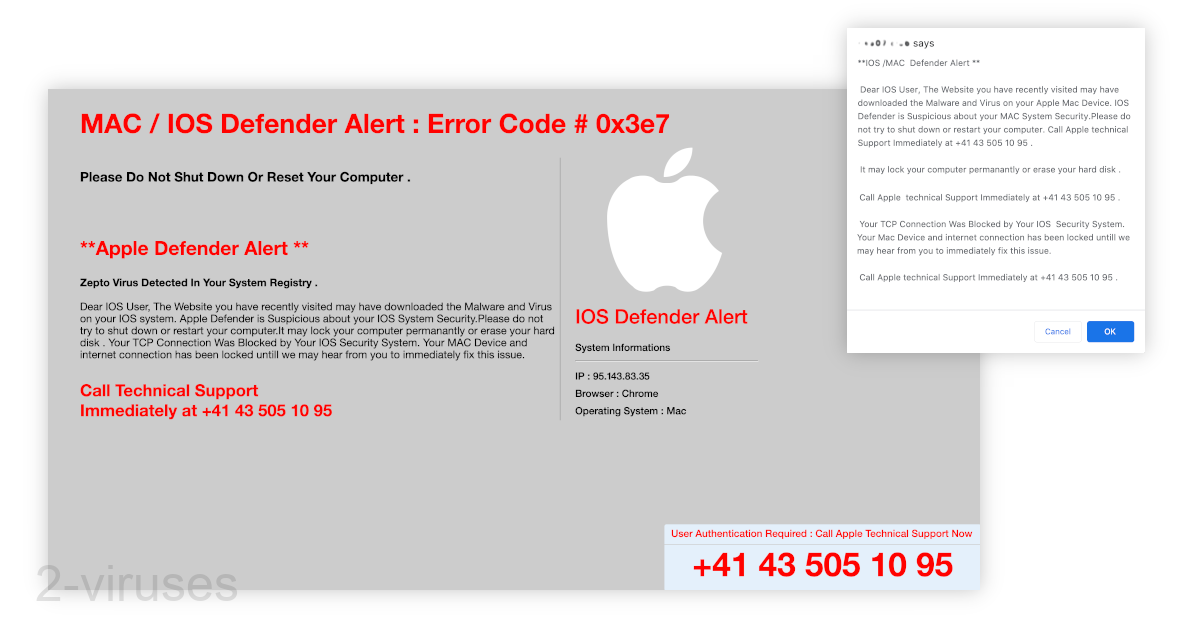 Sings of it being a scam

Most likely, your computer is fine. Scams like IOS /MAC Defender Alert display the same warning on each and every machine they appear on. All they care about is scaring people.

Now, here’s why all the above warnings claimed by IOS /MAC Defender Alert are wrong and give away the deception:

Finally, IOS /MAC Defender Alert may display a login pop-up that asks you to type in your username and password. Don’t do it. It’s a phishing scheme used by scammers to steal people’s credentials.

How to deal with the IOS /MAC Defender Alert

If you saw IOS /MAC Defender Alert once, that’s probably just a coincidence. Maybe the site you were on was infected with malicious ads or redirects. You can let the administrators of the site know what happened – they probably don’t even know that their site is showing scam pop-ups.

To prevent IOS /MAC Defender Alert from opening again, hold the Shift key while opening your browser next time. This will stop it from reopening the old tabs.

When I downloaded IOS /MAC Defender Alert, it downloaded a Zip file with the alert and its sound effect. This file is malicious and detected by real antivirus scanners as such – VirusTotal. Thus, I recommend scanning your computer with an anti-malware app, such as Combo Cleaner, Malwarebytes, and others. The pop-up may be detected as Cryxos, Kotka, FakeAlert, EvilCursor, or HTML:Script-inf. 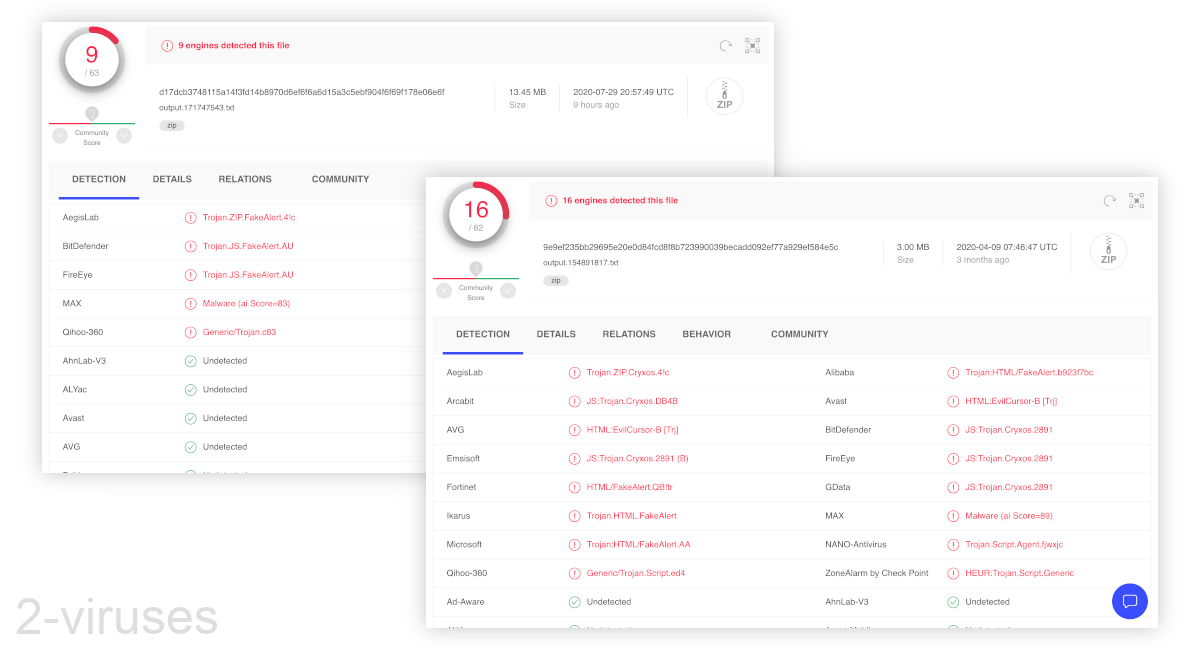 If you contacted the scammers

If you contacted the scammers, then they have got your phone number. Watch out for scam calls. Be suspicious of any caller that asks you to confirm your information.

Likely, the people behind IOS /MAC Defender Alert wanted you to give them remote access to your Mac and got you to download some software for this. Uninstall that software.

If the scammers connected to your computer, they might have installed some spyware on it. Scan your computer with an anti-malware tool.

Scammers are always looking for passwords, payment data, and other potentially valuable info. Set new passwords for your accounts.

If you paid for tech support to the people behind IOS /MAC Defender Alert, contact your bank and ask to reverse the payment. Keep watching your account for unauthorized charges.