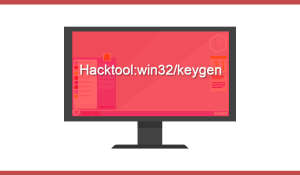 Hacktool:win32/keygen is a name for threats used by Microsoft and a few other companies. Hacktool:win32/keygen files also get detected as Cracktool, Trojan/Generic and other types of Trojan, Malicious, Malware, Unwanted, Riskware, and Patcher. Here is a link to an example file – Virustotal.com.

Either way, once you download Hacktool:win32/keygen and run it, it downloads and installs malware in the background. Sometimes, people disable their antivirus program to stop it from messing with the keygen, making it easier for the actual malware to work.

The malware that could be bundled with Hacktool:win32/keygen may be used to steal your data and money, inject ads into your browser, send out spam, click on ads, perform DDOS attacks, etc. 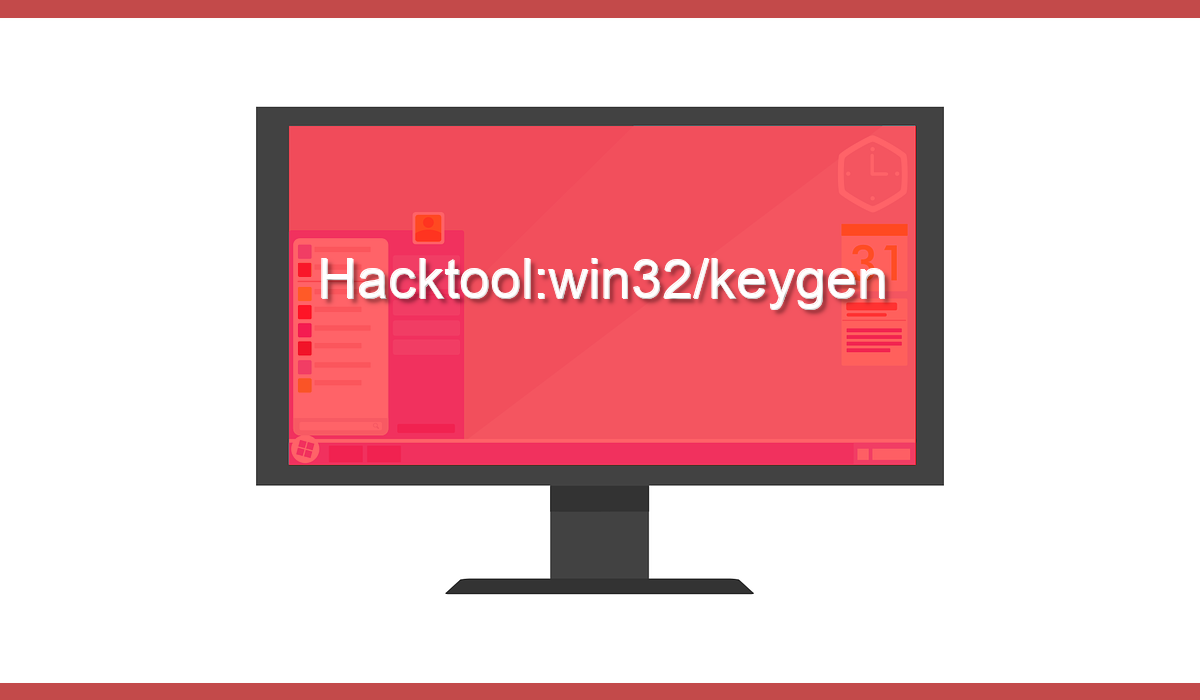 How to avoid getting infected

You may have to download a Hacktool:win32/keygen file if you’re pirating software. You must have downloaded it intentionally.

What if Hacktool:win32/keygen was found on your computer even though you did not pirate anything?

It is possible for malware to be miscategorized and detected as Hacktool:win32/keygen when it’s actually something else.

It is also possible that you accidentally downloaded a pirated program instead of the genuine one. Some unofficial software vendors do that sort of thing. If you’re purchasing a program, be very careful. If the program is suspiciously cheap (such as Windows keys for $10-$20), it is probably illegal in some way.

One of the best ways to avoid Hacktool:win32/keygen is to avoid piracy. But that’s not practical advice. People who pirate usually have their reasons, whether it’s lack of availability, lack of regional pricing, financial troubles, censorship, or something else. There’s just no way that people will stop pirating software. So, what can you do to stay safe?

Make sure that your antivirus program has all the latest updates. Let it perform an in-depth scan. Consider booting into safe mode to stop unnecessary programs from starting.

At worst, you can reset your PC (Support.microsoft.com).