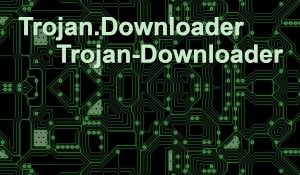 Trojans are malicious programs that infect computers by being disguised as safe files. Trojan.Downloader might be an infected email attachment, a bad file uploaded online, or an offer by a malicious ad that the victim downloads on their own, believing that the file is safe. Trojans spread by deceiving and manipulating their victims into installing the malware themselves.

Downloaders are malicious programs that download malware from the internet and then install and run it. Downloaders are similar to Droppers in that they infect the computer with new malware. But, unlike some Droppers, Downloaders need to access the internet to work. Downloaders might already know what malware to download, or they might be programmed to look for instructions first.

So, Trojan.Downloader infects a computer after the user is tricked into downloading a malicious file or visiting a malicious website. Then, it downloads, installs, and runs other malware. If your antivirus program stops and removed Trojan.Downloader, then it might have saved your from much bigger trouble. The Downloader might have been trying to download spyware, adware, ransomware, or any other dangerous software.

In a way, a Trojan.Downloader is not inherently harmful. It is malicious because it installs malware. And it is the malware that it installs that actually hurts the victims.

Not all files that are antivirus programs detect as Trojan.Downloader fit the definition perfectly. Some detections are not entirely accurate. Some trojans have multiple functions. It’s not always clear how to categorize malware. In some cases, Trojan.Downloader is the same as JS.Downloader and Trojan.Generic. Still, malware detections should always be taken seriously.

Virustotal.com – this is an example of an infected document file, Doc. Such files may be detected as Trojan-Downloader.VBA.Agent, Trojan-Downloader.MSOffice, Trojan.VBA.Downloader, or similar. These documents contain malicious code in their macros. They trick people into allowing macros, then execute them, downloading malware.

Virustotal.com – this is a PDF. XLS (Excel files), EXE (executables), HTA (HTML-based apps), various scripts, and many other file types could be used. Even images can carry malicious code.

Some detection names for Trojan.Downloader include the name of the malware that is being downloaded, such as Downloader.Emotet and Trojan-Downloader.VBA.Emotet – Virustotal.com.

Trojan.Downloader on other operating systems

While the above examples attack Windows devices and most discussions about malware are about Windows, there are examples of macOS or OSX trojans, too. Shlayer is the most famous example of such a Trojan.Downloader – Virustotal.com. Shlayer is often disguised as Flash Player and it downloads adware. 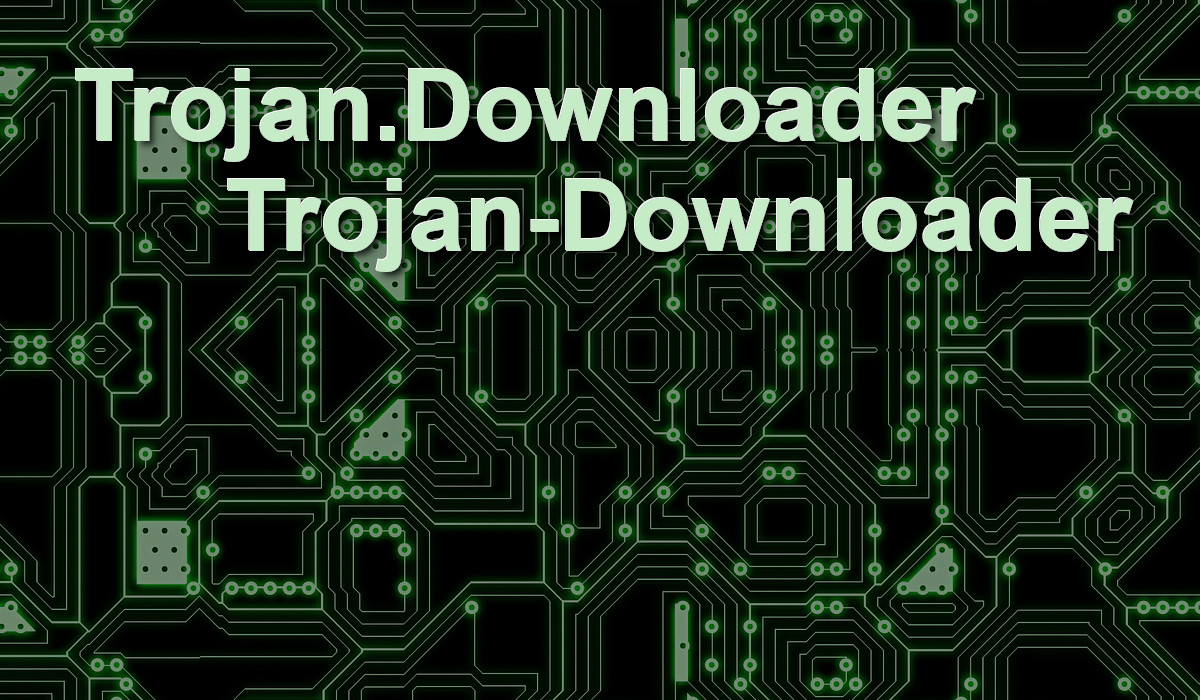 There are many types of malware that Trojan.Downloader can download:

Trojan.Downloader may download multiple malicious programs. For example, Ransomware is often paired with Adware. A Banker may be paired with a RAT.

Many of the malicious programs dropped by Trojan.Downloader require internet access to work. If a Trojan.Downloader was detected on your computer, you should turn off that computer or at least disconnect it from the internet until you delete all the infections. Malware removal can be done offline, such as by scanning the infected drive from another computer.

To deliver Trojan.Downloader, infected email attachments are used often. Malicious actors create a generic email that looks like it carries important information: a bill, a document from work, an order confirmation, a personal picture, etc. However, the most important part is in the attachment. It can be of almost any file type but most likely it’s a Doc file.

Sometimes, antivirus programs detect and delete Trojan.Downloader repeatedly and constantly. Your antivirus program would show regular updates about having removed a threat. In this case, spam email is likely to be the culprit. New malicious spam being put in the inbox would trigger new malware detections.

A file infected with Trojan.Downloader may also be uploaded on software download and torrenting sites. It is dangerous when someone expects the file they download to be detected by antivirus programs (for example, if they’re downloading a cracking tool). In this case, Trojan.Downloader could slip in without much resistance.

Malicious ads and exploit kits can automatically download Trojan.Downloader on the victim’s computer. But exploit kits work by abusing known exploits that are present in programs that are missing updates.

So, systems that don’t have new updates installed are more vulnerable to this sort of attack. Vulnerabilities can be removed by installing the updates that patch them.

Some Trojan.Downloaders delete themselves after delivering the malware they were supposed to deliver.

Others remain installed and redownload malware if it is removed. Persistent trojans use clever tactics to avoid being removed. They can be very frustrating because they constantly put the computer in danger by downloading new infections.

How to remove Trojan.Downloader

If Trojan.Downloader was detected on your computer, use an anti-malware program to remove it. Use a reputable antivirus tool that you trust. For example, Spyhunter for Windows, Combo Cleaner for macOS, Malwarebytes, and other programs. If one antivirus tool fails to detect or remove a particular Trojan.Downloader, contact the tech support of the antivirus program that you were using. Or use another program. You might need to start your computer in Safe Mode.

Knowing that Trojan.Downloader may have successfully downloaded and installed other malware, that malware needs to be found and deleted, too. Remove all traces of malicious items on your computer and continue to monitor it with antivirus tools.

After successfully removing Trojan.Downloader and other infections, consider changing the passwords for your online accounts. 2-step verification is also very important to turn on where possible. Even if malware was removed, if it stole any information (such as passwords saved by your browser or online apps), that info could still be abused.

To avoid Trojan.Downloader infections, the same advice as always applies: