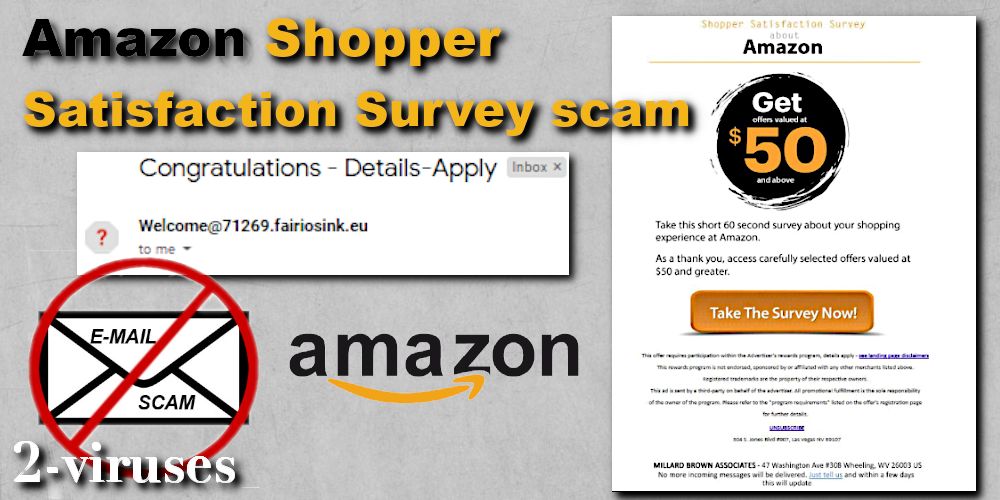 As the holiday season wraps up, people are still continuing to shop and hunt for various deals, whether it’s in brick-and-mortar stores or online. Because of this purchasing craze, it is not surprising that crooks decided to lure these unaware deal-seekers in with a very believable Amazon Shopper Satisfaction Survey email scam. Although the more experienced users could tell after taking a better look at it that this offer is fraudulent, there are many still not aware people who give in and share their personal information expecting a reward. 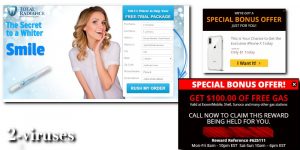 Nowadays pretty much everyone knows that emails which offer some miraculous medication or request money transfers are bogus and should be avoided at all costs. But then there are these quick and easy surveys that offer money or a prize, like the Amazon survey emails. Despite being as bad as the latter scams, these get a lot of people because of their misuse of the real companies’ names and mimicking their campaigns, e.g. $1000 Visa Gift Card, Customer Service Survey, Yahoo Customer Reward Program, Kohl’s $75 Anniversary Coupon, and etc. These socially engineered scams have more success because of other deals that are going around, especially during the holiday season.

If you have fallen for the Amazon Shopper Satisfaction Survey fraud or got an email with this offer, you will find this article useful, because here we’ll show what happens when you complete the survey, the non-existing prizes/deals, reasons why you are seeing this scam in the first place, how to recognize it and, most importantly, what to do if you shared your information with hackers.

The many scams that use Amazon’s name

First of all, as Amazon officially states, they do occasionally send out surveys, which help the company to improve their service and get the feedback from the users about the service and etc. However, because it’s such a widespread business with tons of clients who are used to getting emails from Amazon, hackers can easily abuse the name and camouflage their scams. Even experienced users can easily fall for the emails because fraudsters craft them to look as similar to Amazon’s own emails as possible.

Apart from the Amazon Survey email fraud, there are other similar ones like Amazon Rewards Event and Win a $1000 Amazon Gift Card. They are all different, for example, Amazon Rewards Event scams appear as malicious ads that attack the browsers of any device, while Amazon Shopper Satisfaction Survey is more likely to arrive as an email. Still, all the fake Amazon campaigns offer prizes and rewards either as a thank-you for loyalty, to win in a lottery, or a reward for completing a survey. So how can you tell which Amazon offers are real and which are just trying to get your personal information?

How to know that the emails are fake

First, the Amazon Shopper Satisfaction Survey scam can easily be recognized by the strange and unusual sender’s email. Our researchers got an email from the [email protected][.]fairiosink.eu address, but it can be different in your case. The real Amazon service would never use this shady, unofficial email to reach out to their clients. As the company explains in their article about phishing, if the email comes from an Internet Service Provider (ISP) other than @amazon.com, then it is a bogus e-mail (though be aware that scammers can spoof email addresses to make it look very legitimate).

Additionally, real messages typically have your real name or at least your account’s nickname when addressed to you. Of course, scammers don’t know your Amazon account’s info, so they don’t know how to address you. Thus, the Amazon Survey scam email doesn’t really address you at all. In addition to that, in the body of the message, always look for typo’s/grammar mistakes, links that lead to other third party websites or potentially unwanted software installers.

In this case, Amazon Shopper Satisfaction Survey scam doesn’t contain grammar errors, but it does send a link under the button ‘Take the survey now!’ that transfers you to the survey. It’s hosted on a questionable third-party domain which is marked as malicious (Virustotal.com report) by a couple of antivirus security tools.

Once you answer all the questions, you’re taken to the end of the survey and allowed to pick a prize from various shady offers, such as a testosterone booster, male enhancement pills, teeth whitening products, free male watches and etc. These deals are not necessarily what you expect to get from Amazon. At this point, if you still don’t realise that this questionnaire is fraudulent and decide to ‘Claim Offer’ you instantly get redirected to another landing page, which will request your real full name, mailing address, email, phone number, at times even your credit card details. 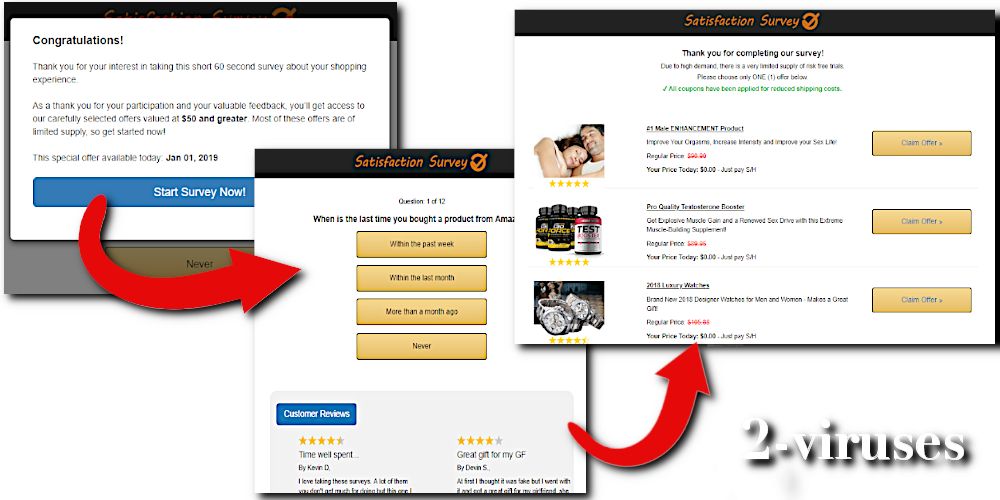 As you can see, Amazon Shopper Satisfaction Survey’s supposed reward actually benefits not you, but the crooks, because they will gather your personal information, which can later be used for fraud. They will ask you to pay a small fee in order to claim the prize fully, which is a telltale sign of a scam. They can infect your computer with viruses hidden behind these links and subscribe you to unwanted services. If you are still wondering if Amazon Shopper Satisfaction survey is real, then the answer is no, it is a scam and it should be avoided at all costs. More on unexpected prizes and lottery.

Why are you seeing Amazon Shopper Satisfaction Survey Scam

Amazon Shopper Satisfaction Survey scam can show up in your email or appear online when you visit a questionable website and clicking on a reverting hyperlink. The latter malvertising ads, which follow you anywhere on the internet, can be a consequence of an adware virus infection in your computer, that sneaked through bundling. That means that you haven’t noticed how some potentially unwanted program entered your computer via another Setup Wizard, and now is altering browser settings to show you these infected offers. If that is the case, you will need to not just take care of the scam but delete adware like BestMapFinder, Maxi Buy or FireQuestions from your system. 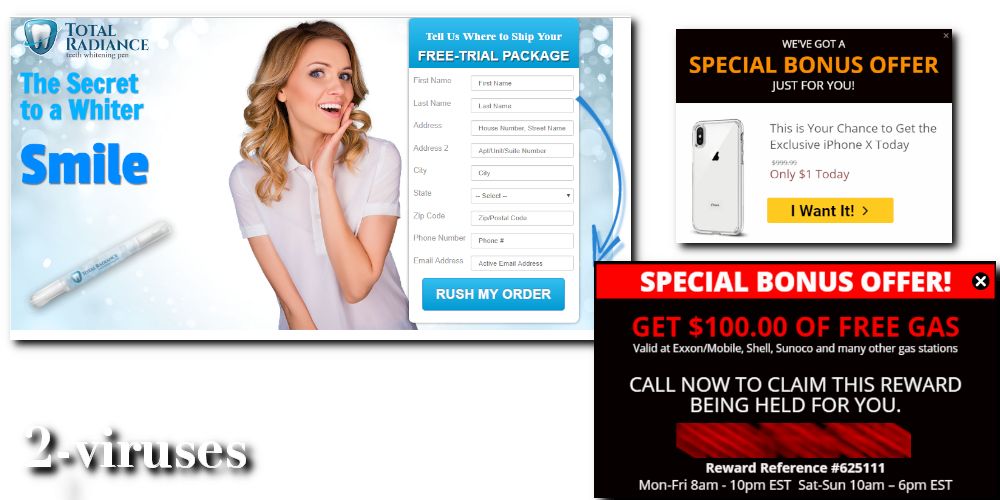 If you received the Amazon Shopper Satisfaction Survey scam in your email, that means that crooks either were sending messages to random addresses or they bought a list with the breached emails from the darknet. Whenever you register online using your email it gets stored in the company’s servers which sometimes get hacked in and leaked. There have been quite a few recent breaches of famous companies, that resulted in billions of data and addresses stolen. You can check if your email was part of those breaches at Haveibeenpwned.com.

Either way, it’s better to ignore these messages when you get them, or at least research them before following their instructions. The fake Amazon survey is far from harmless and a little patience and a level head can go a long way in helping you avoid scams like it.

Once you voluntarily give your data to crooks, there is no taking it back, but you can still protect your accounts, online identity, and credit card info from being hacked and abused. Take a look at these 7 steps which you can take right after the information breach. Even though Amazon Shopper Satisfaction Survey scam typically tries to get no more than your email, real name, address, and phone number, occasionally it can end up requesting more data like logins, social security number, and etc. It is important to remember how much was shared with crooks so you would know what are your weak points now which can be invaded.

Begin by changing your passwords on social platforms, Amazon and email included. If your password is reused on other accounts, change it there, too. How to create a strong password. If you gave away your credit card info, report that to your bank, block the upcoming scam calls and emails and get a sophisticated anti-spyware program like Spyhunter, Malwarebytes to run a free scan of your system, to check if there is no malware inside your PC/Mac. Lastly, you should report any suspicious email address, that tried getting your personal information by pretending to be Amazon service, on the official page, so these scams would come to an end.