Carambis Cleaner is a suspicious software promising its customers to clean the system and essentially optimize its speed and performance. It is supposed to perform the cleanup of the system and temporary files, as well as browser and registry cleanup. Considering its design and the advertised features, the program looks like useful software worth paying attention to. However, it’s important to mention that programs like Carambis Cleaner often get installed without the user’s direct permission. The developers of the program often refer to the misleading practice referred to as “bundling”. This is the main reason why the application is categorized as a PUP (potentially unwanted program). 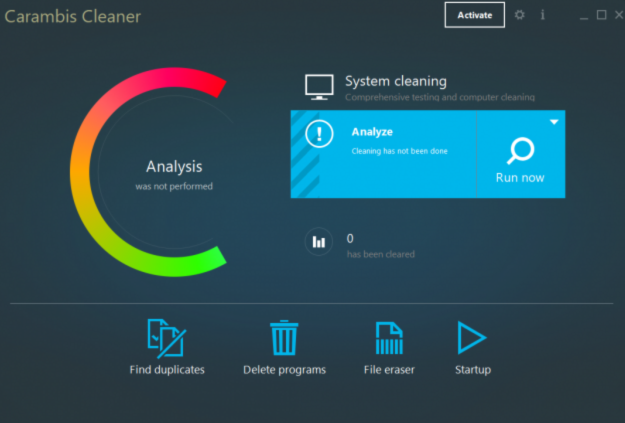 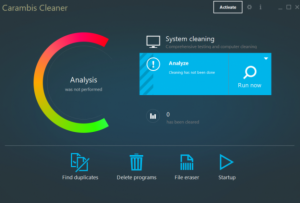 The detection of Carambis Cleaner as a PUP is confirmed by the information about the analysis of its installer on VirusTotal. For example, DrWeb reports it as Program.Unwanted.4320, whereas Malwarebytes identifies its installer as PUP.Optional.Carambis. The term “bundling” implies that certain potentially unwanted program may be included in the installers of other free programs. Often the information about the additional offer is not fully disclosed by the installer. Therefore, there are times when the people simply do not realize that by installing some free app they, in fact, invite a lot of other unwanted utilities without their direct intention. Frankly speaking, there are many other valid reasons why Carambis Cleaner should be completely removed from your system.

After the successful installation, Carambis Cleaner introduces the appropriate amendments into important system parameters in order to be automatically started whenever Windows OS is loaded. The software initiates its scanning and very soon reports certain problems supposedly peculiar to your device. However, when you try to fix these issues, the program indicates that you need to buy its full or licensed version. In other words, the trial version of the software simply detect certain errors but does not give you a chance to fix them for free. It works the same way as all the other fake system optimizers that only want people’s money: Universal PC Care, MS Total Security, or OneSafe PC Cleaner. 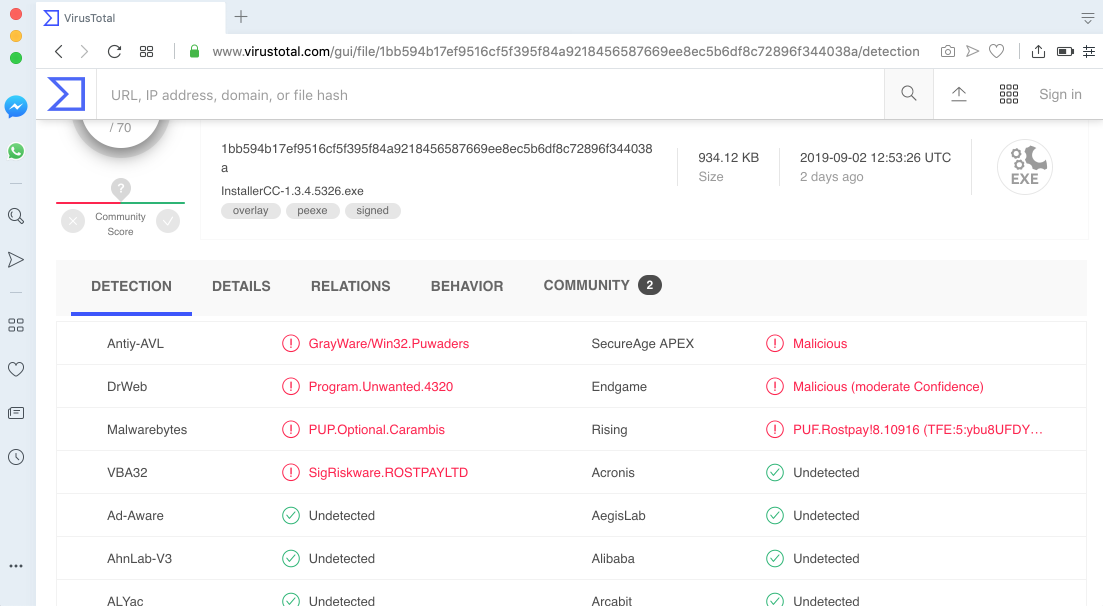 At this point, we would like to emphasize that paying for the licensed version of genuine programs is absolutely fair and quite acceptable, as long as the software really works as advertised. There are many decent applications today whose authors invested a lot of efforts and money to bring satisfaction to their customers. Logically, to enjoy the complete functionality of such programs, purchasing their licensed versions is mandatory. Regretfully, Carambis Cleaner does not act in a fair manner. All such pseudo system optimization tools simply perform fake system scans and then provide users with false reports simply to scare and trick the deceived users into buying their licensed versions. However, after the money is transferred and the license is activated, nothing special happens. The majority of such programs simply remove their false detections from the list and claim that the issues have been dealt with. For this reason, we strongly advise that you do not trust programs like Carambis Cleaner and do not invest money into them.

How do I uninstall Carambis Cleaner

Before digging deep into the challenge of removing Carambis Cleaner, let us first discuss the ways to prevent its unauthorized installation in the first place. At the beginning of the article, it was mentioned that programs similar to Carambis Cleaner are spread through bundling with other free software. Even when you are confident that the resource through which you download the free application is totally secure, there is still a need for you to always double-check the information provided in its installer. Pay attention to the EULAs (End User License Agreements) and to the data provided in the setup wizard. If you read about some additional software you do not need, make sure you switch to the “Advanced” or “Custom” installation mode where you may easily uncheck all additional software from the default installation.

The fact that Carambis Cleaner was installed via bundling means that your system may be additionally affected by other more severe threats like adware or browser hijackers. We recommend you to carefully examine the list of the available software and uninstall Carambis Cleaner right away, as well as other suspicious software. Another very important step for you is to scan the system with the proven anti-malware tool (such as Spyhunter) to double-check that your system is not modified by other malicious utilities. This way your computer will be additionally protected from the further attacks on the part of PUPs or malware.

Many hijackers and adware like Carambis Cleaner install some of their components as regular Windows programs as well as additional software. This part of malware can be uninstalled from the Control Panel. To access it, do the following.
Carambis Cleaner PUP facts
Download Spyhunter for Malware detection
(Win)