Norassie or Norassie.adware refers to a name of malware family that targets computers running Windows operating system with an intention to display unwanted advertisements or even modifies settings on web browsers.

Even though most of the adware infections are targeted directly to the specific web browser where it could display advertisements, Norassie is a little bit different – its’ payload is dropped directly on computers and symptoms of this infection will occur on all web browsers that are installed on the system. 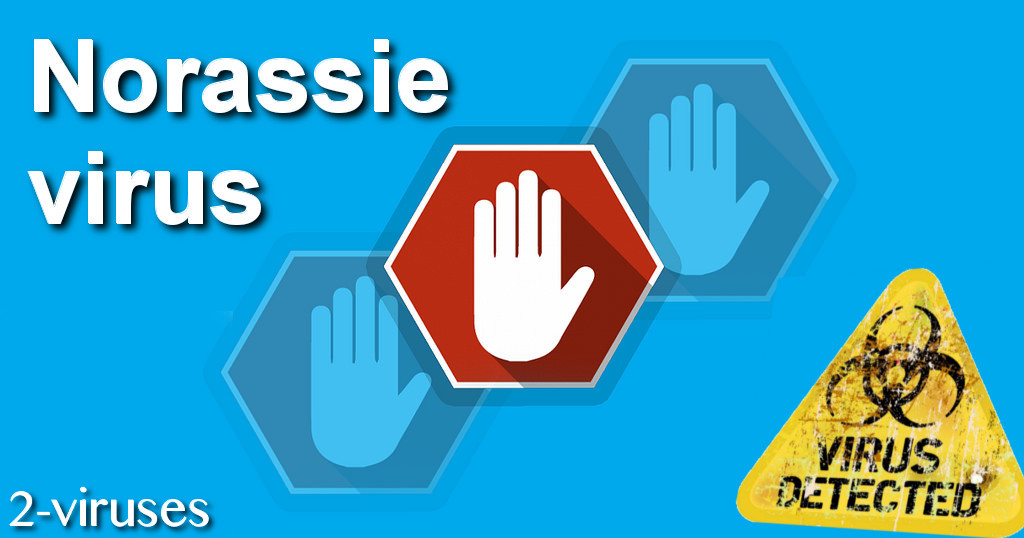 How to tell if your computer is infected with Norassie malware? One of the easiest methods is to scan it with anti-malware tool, which should return malicious adware.norassie detection name. Or you can spot an increased number of advertisements while browsing the Internet, redirects to various websites or modified settings on a web browser (homepage, new tab page or/and search engine).

In this article we will provide you with in-depth instructions on how to remove Norassie for good by yourself, thus if you are interested, just keep reading.

How Norassie impacts your web browser

If a computer is infected with Norassie, all web browsers installed on it will be modified. Sometimes adware viruses are already preinstalled when you purchase a device, but in this case, it comes to a computer from the Internet.

When that’s done, various symptoms will suddenly appear. The most notorious of them is advertisements. Norassie is responsible for all kinds of ads, such as pop-up or new tab/window ads. Some of them are labeled with a slogan “Ads by Norassie” or “Brought to you by Norassie”, thus it’s not that difficult to indicate that this particular advertisement isn’t legitimate and you should not click on it.

Obviously, you can install some extension like AdBlock and stop seeing those advertisements, even though it won’t solve the problem as the virus will be still operating and you will still experience other symptoms.

Other symptoms might include random and constant redirects to other websites, automatically opened web browser or new tab page and modified personal settings.

The last feature is usually common to browser hijackers. They set particular homepage or new tab page to generate traffic to it and make money this way. However, that’s not enough to categorize Norassie as hijacker because it is just a side symptom, while the main goal of this virus is to display advertisements. Most probably they get paid for every single click you make on one of those ads.

Viruses like Addonjet or MegaOffers also display advertisements in order to make money, but the difference is that those viruses operates as browser extensions and have limited capabilities, while Norassie can perform much more malicious actions.

How this virus landed on your computer

Norassie, as well as many others, is distributed bundled with other software. Most of the time this virus comes as fake Java update, which is pushed using pop-up advertisements on unreliable websites.

There are other fake programs or updates that can bring Norassie to your computer – Driver Detective installer, Internet Explorer installer, Flash player installer and so on. In fact, they even distribute fake AdBlock installer, so be very careful about that.

Once the user downloads alleged installer or update and runs it, malicious files of Norassie are automatically downloaded and uploaded to the system from the remote server owned by cybercriminals.

Speaking of which, Norassie was developed by a company called “Norassie LTD”, which is registered in Seychelles (for obvious reasons).

How to get rid of Norassie

In order to remove Norassie, you have to get rid of all malicious that belongs to this virus. You can do that manually, yet detecting all of them might be a difficult thing to do since you don’t know all the names and locations. Installers of the virus have to be removed too.

The best way to do that is to scan a computer with Spyhunter. Either one of those programs should detect and remove the virus in no time. It will also protect your system from infections like this one in the future, therefore it is worth to keep it installed.