Having “Kodc” appended to the names of your files is a sign that ransomware known as Kodc has infected your computer. Kodc gets downloaded with pirated software. It locks your files to make them unusable and asks you to pay money. For now, there are no 100% effective options to get your data back, but there are a few things you can try. Before that, though, you need to delete Kodc and other infections. 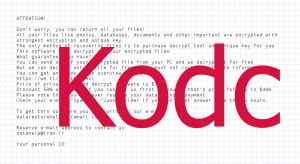 In short about Kodc ransomware, its solutions, and removal:

Kodc is a new iteration of Djvu. It shouldn’t be confused with Kodg, a similarly named and related ransomware. Knowing the exact extension of your files is important to decrypting them.

Djvu was one of the most effective ransomware types in 2019. It infected tens of thousands of computers all over the world by spreading hidden in pirated programs, keygens, and cracks. Kodc’s creators do this to make money; they ask each victim to pay $490 to open all of their locked files. Cybercriminals sometimes claim that they do this to show people the flaws in their security and that the ransom is the payment for their “services”. But make no mistake – the people behind Kodc are criminals and you should consider reporting this incident.

Once it’s on your computer, Kodc does a few things:

After getting your unique encryption key (to make sure that each victim has to pay for their decryption separately and no decryption key can be reused) or deciding to use the offline key (which is the same for every case of offline Kodc encryption), Kodc goes through your files and runs them through a cryptographic algorithm. Cryptography, the practice of obfuscating information, is being used to turn your files into gibberish and unreadable nonsense.

Kodc renames your files by adding “.kodc” as their second extension, but with or without it, the files are still broken. Try opening a txt file – it’s probably full of strange symbols. 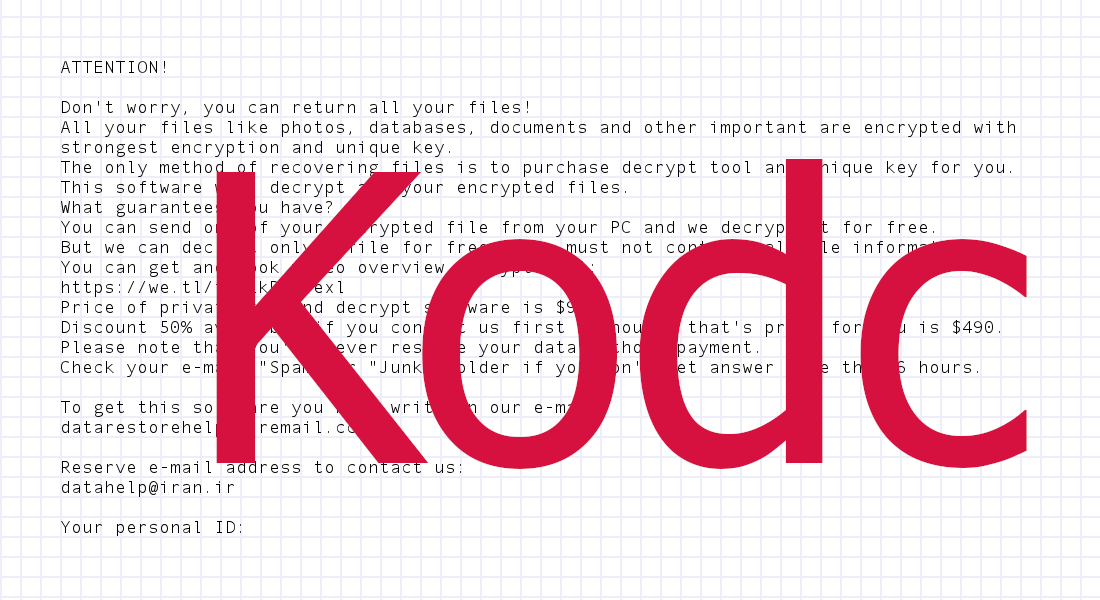 How to fix your files

The best way to get your files back is from a backup: delete Kodc, scan your computer with an antivirus program, and then replace the encrypted files with your backups. Unfortunately, not everyone has a backup. So, what else can you do?

It is possible to fix Kodc files by paying the ransom to get your decryption key. But paying would reward criminals and you risk your money being stolen. But if you have no other choice, just be extremely careful: do not pay money that you’re not willing to lose, do not reveal any private information, and do not use an infected computer. It might be a good idea to create a brand new email account and crypto wallet.

Cryptography is widely used to secure important information and it’s for a good reason – it can be nearly unbreakable. There is no practical way to get around well-implemented cryptography. And Djvu, the family that Kodc belongs to, has received enough scrutiny from researchers that its weaknesses have already been found. There used to be certain flaws in older versions of Djvu, such as Drume, that allowed many files to be decrypted. But these flaws have been eliminated in Kodc and other new Djvu iterations.

Your files that Kodc locked could be unlocked – with the correct decryption key and the correct decrypter. The decrypter is not a problem as it’s the same for everyone. But the key is unique to each victim, so the only certain way to get it is from the criminals themselves.

Waiting for someone to buy the offline key

Emsisoft, a cybersecurity company, has released a free decrypter for Djvu ransomware, including Kodc. It’s better, safer, and more user-friendly than the decrypter given by the criminals themselves. Also, if Emsisoft finds an individual who has paid for their decryption and received an offline key, they make the offline key available for everyone.

If Kodc locked your files with the offline key, one of the keys in the C:/Systemid/Personalid.txt file should end with “t1” (at least, that’s how it was for previous Djvu versions). If this happens, when/if Emsisoft finds and releases the offline key, some of your files locked by Kodc can be unlocked for free.

Kodc’s cryptography may be unbreakable, but may you can get around that.

Try using a data recovery program to get back your deleted data. This is risky, complicated, works only with hard drives, and you have only one chance to get it right. The less you used the affected disk after Kodc’s attack, the better. There’s some more information in the last chapter of this post.

Kodc, like most ransomware, is very fast and can lock hundreds of Gigabytes in a few minutes. But, to save time, is only partially encrypts your biggest files. Videos, audio files, archives, databases, images, and other big files can possibly be rescued and lose only small amounts of data if you have a specialist help you.  This is hard work that requires special knowledge, so don’t fall for scammers who want to just take your money.

The “.kodc” files aren’t dangerous, just broken. So you don’t need to worry about them causing any harm and you can keep them in a folder or something. Who knows, maybe in a year or two, Djvu’s creators will retire and release master decryption keys for free? Don’t bet on that, though.

Before using your computer normally again, you need to remove Kodc and other infections. Besides deleting the file that infected your computer in the first place, scan your device with an anti-malware program – after you un-block security sites first. 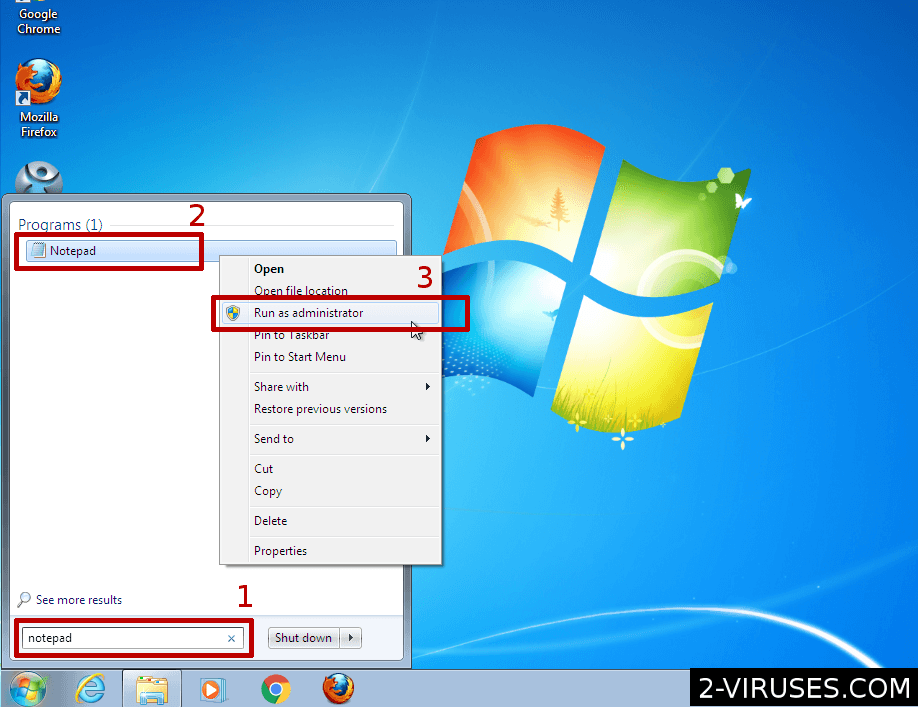 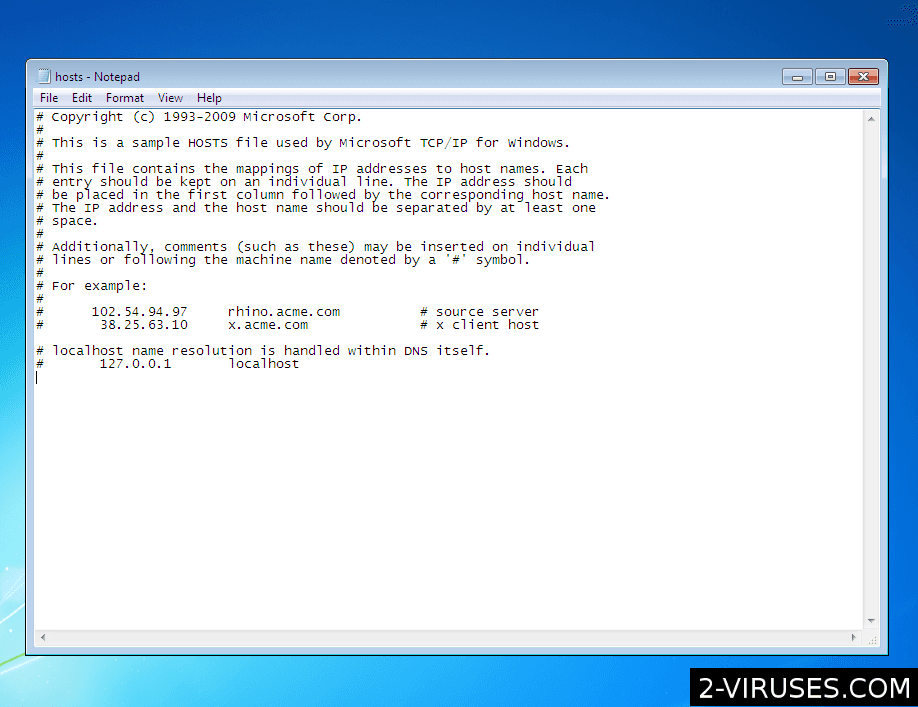 How to recover Kodc Ransomware encrypted files and remove the virus

After restoring your system, it is recommended to scan your computer with an anti-malware program, like Spyhunter and remove all malicious files related to Kodc Ransomware. You can check other tools here.

If you do not use System Restore option on your operating system, there is a chance to use shadow copy snapshots. They store copies of your files that point of time when the system restore snapshot was created. Usually Kodc Ransomware tries to delete all possible Shadow Volume Copies, so this methods may not work on all computers. However, it may fail to do so. Shadow Volume Copies are only available with Windows XP Service Pack 2, Windows Vista, Windows 7, and Windows 8. There are two ways to retrieve your files via Shadow Volume Copy. You can do it using native Windows Previous Versions or via Shadow Explorer. a) Native Windows Previous Versions Right-click on an encrypted file and select Properties → Previous versions tab. Now you will see all available copies of that particular file and the time when it was stored in a Shadow Volume Copy. Choose the version of the file you want to retrieve and click Copy if you want to save it to some directory of your own, or Restore if you want to replace existing, encrypted file. If you want to see the content of file first, just click Open.

There are several data recovery programs that might recover encrypted files as well. This does not work in all cases but you can try this: Note: In many cases it is impossible to restore data files affected by modern ransomware. Thus I recommend using decent cloud backup software as precaution. We recommend checking out Carbonite, BackBlaze, CrashPlan or Mozy Home.
Kodc Ransomware facts
Download Spyhunter for Malware detection
(Win)