ITL Driver Updater is a utility program for Windows PCs. It helps update device drivers and claims that this can improve system performance and stability. 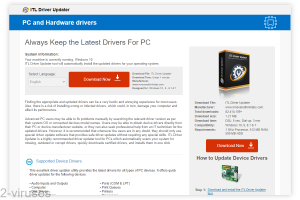 Unfortunately, this program is detected by a few antivirus scanners as something to be avoided. Windows Defender constantly warns about it (though it doesn’t stop the installation).

The installer for ITL Driver Updater is detected by a significant number of reputable antivirus scanners (13 at the time of writing): Virustotal.com. It’s labeled as a Deceptor, Unwanted, even a Trojan.

The program itself is detected by far fewer scanners (only 5): Virustotal.com. It’s considered to be potentially unwanted.

In general, driver updaters aren’t very well-liked. A lot of people consider them to be snake oil. For instance, ITL Driver Updater is presented on its home page as a tool that can boost your system’s performance by up to 50% just by installing new drivers. You shouldn’t expect it to actually do it.

Drivers are little programs that allow your devices to work with the rest of your computer. For instance, for a printer to work, it needs a fitting driver to be installed. With time and with operating system updates, device manufacturers release new drivers. Usually, these new drivers get installed with Windows updates.

This allows devices to remain compatible with your operating system. However, as your devices don’t change, you can probably imagine that a new driver can’t really add much performance. So, ITL Driver Updater’s claims of being able to improve performance should be viewed with suspicion. Other driver updaters, like Ashampoo Driver Updater, TweakBit Driver Updater, and others, also sometimes imply that they can make your computer run faster. But that’s not what drivers really do – they just make your devices function. 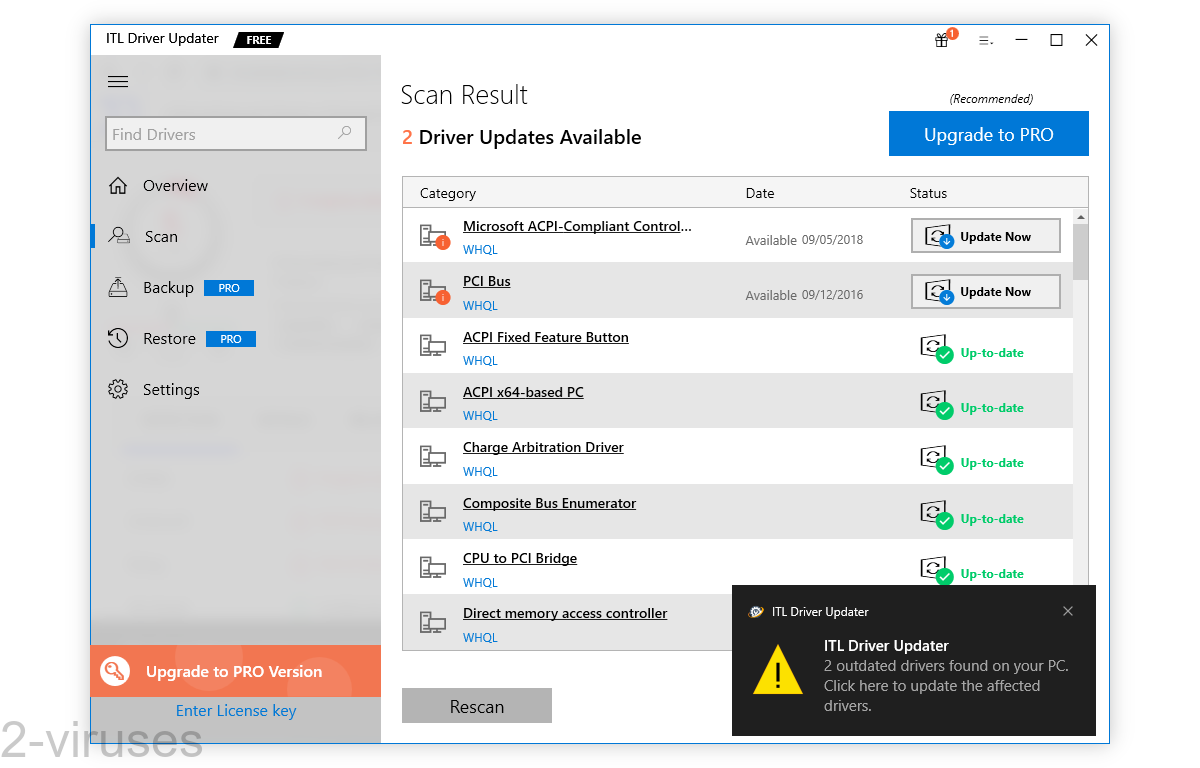 The user interface of ITL Driver Updater is very close to what Windows 10’s Settings look like. The same font and layout.

In addition, ITL Driver Updater has ads for it that look like these impartial and objective recommendations to install it: 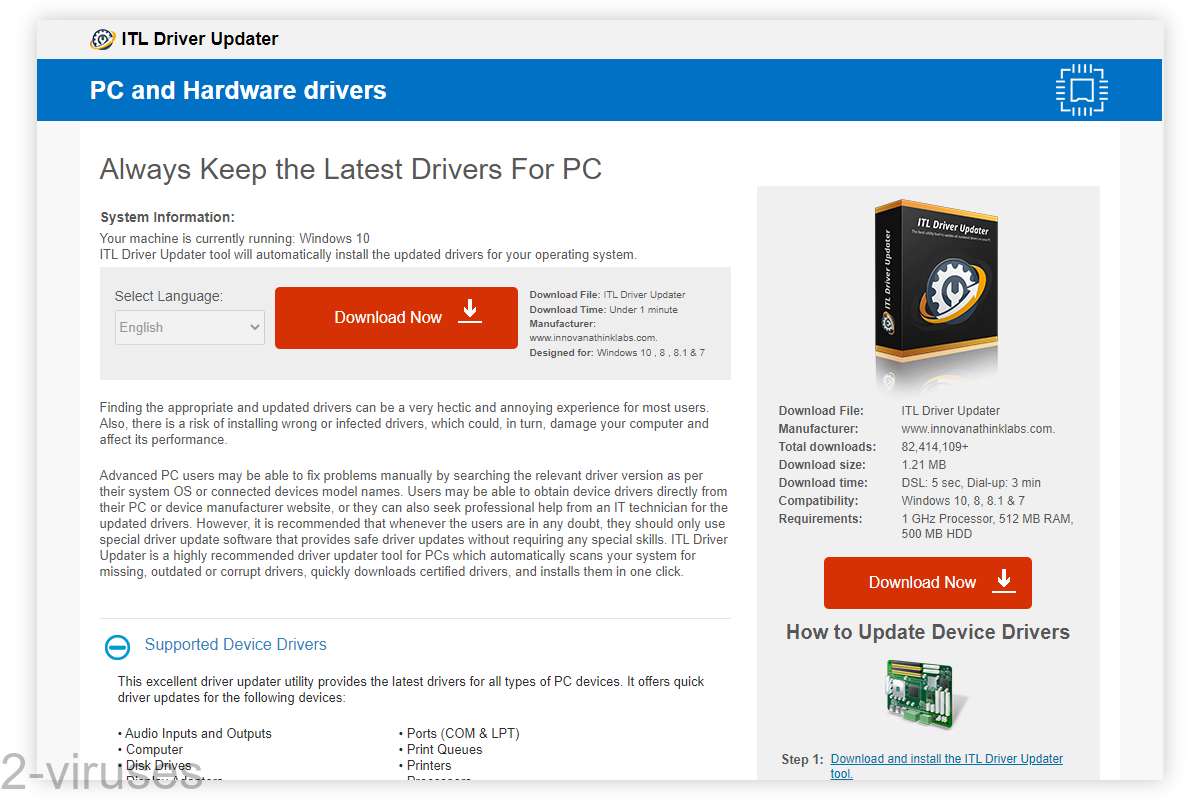 This is somewhat misleading. This webpage implies that the only way to get drivers on your computer is by installing them manually or with the help of a tool like ITL Driver Updater. It doesn’t even mention Windows updates or device-specific driver updaters.

In reality, ITL Driver Updater is far from a necessary application. Driver updaters are not needed for keeping your computer running well.

How to remove ITL Driver Updater

You can keep using ITL Driver Updater if you wish, but know that it’s not the only way to install new drivers. Windows updates are free. Besides, slightly outdated drivers aren’t a big deal. You’re not missing out on some performance updates by not using third-party tools like ITL Driver Updater.

You can uninstall ITL Driver Updater manually if you wish to remove it. There’s also a 60-day refund period, if that’s relevant to you.

You might want to scan your device with your antivirus program, like Spyhunter or others, to make sure that no other potentially unwanted programs are present. They usually spread in similar ways, so if one is installed, it’s possible that others are, as well.

Many hijackers and adware like ITL Driver Updater install some of their components as regular Windows programs as well as additional software. This part of malware can be uninstalled from the Control Panel. To access it, do the following.
ITL Driver Updater facts
Download Spyhunter for Malware detection
(Win)