Fake online scans are being used to promote deceptive and scammy tech support companies. This time, they’re abusing the name of McAfee, a cybersecurity firm.

Websites are created and advertised online that perform fake scans, pretending to find “security risks” and “threats” on your computer. Then, in order to solve these imaginary problems, you’re encouraged to call a phone number that’s displayed prominently on the webpage.

The fake scan is not harmful in itself, but it’s very dangerous to call the phone number or to install software based on the instructions given by the deceptive website. 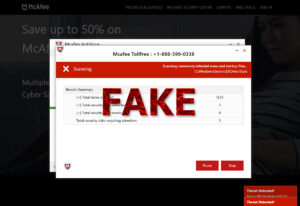 About the fake McAfee scans:

What is behind the fake McAfee scans?

McAfee didn’t create this fake online scan, but its name is well-known and trusted. Founded in the 1980s,  McAfee is one of the earliest antivirus companies and there are few people unfamiliar with it.

So, when scammers look for company names to take advantage of, McAfee is right there with Microsoft, Apple, Google, and Amazon.

Scammers create and use these fake virus alerts in order to deceive people into calling scam call centers that provide fake tech support services. The technicians who work in these call centers pretend to fix the problems raised by the fake McAfee scan. Then the scammers charge people money for these “services”. Like McAfee says, that sum ends up being hundreds of dollars (How To Spot Tech Support Scams).

The same scammers may also steal files, install spyware, steal money from the victims’ bank accounts by manipulating the appearance of their bank’s webpage, etc. The fake McAfee scan itself is not very dangerous, but it can lead to a very dangerous place (FBI informant provides a glimpse into the inner workings of tech support scams).

How the fake scans spread

Malicious ads and redirects are used to promote the fake McAfee virus scans:

Websites that host these fake McAfee scans tend to quickly get flagged as dangerous. For example, here’s a scan of one on VirusTotal – five scanners flag it as Malicious or Phishing (five is a relatively high number of detections for a malicious website).

Unfortunately, new malicious pages quickly replace those that are taken down. As a result, it’s not easy for antivirus programs and malicious site blockers to effectively block all the fake scans.

How to protect yourself from the fake McAfee virus scans

The fake McAfee scan and similar fake alerts are supposed to make the people who see them think that their computer is infected with malware.

Don’t ever believe an online virus alert. Websites cannot see inside your computer. They can’t know if your PC is infected. This is why websites like VirusTotal require you to upload your files manually.

Close the page and don’t worry yourself about it. Most likely, you just happened upon a malicious redirect – as long as your operating system is up-to-date, you’re fine.

If you experience excessive ads, it can be helpful to check your computer for adware infections. Still, it’s possible to see malicious ads even when your PC is clean.

Undo the harm done by the scammers

In case you did call the technicians behind the fake McAfee virus alert, the situation is a bit more serious:

We recommend scanning your computer with an antivirus program (Combo Cleaner for macOS, Spyhunter for Windows, and others). Remove all malicious and potentially unwanted programs that get detected.

Many hijackers and adware like Fake McAfee Online Scans install some of their components as regular Windows programs as well as additional software. This part of malware can be uninstalled from the Control Panel. To access it, do the following.

How to remove Fake McAfee Online Scans from macOS 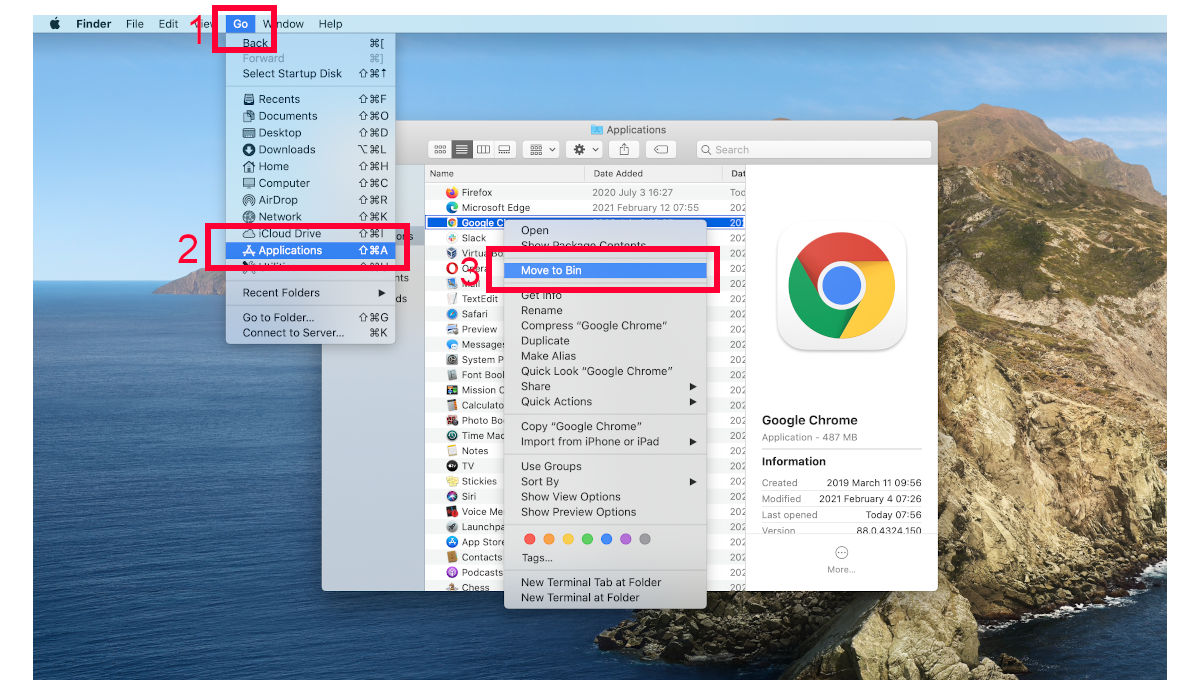