Download.studio (not to be confused with DownloadStudio by Conceiva) is a torrent client that was seen distributing very serious backdoor malware in its automatic updates. Long-time users of Download.studio should check their computers for malware and remove any that is found.

The backdoor problem is separate from Download.studio’s other issues, like bundling potentially unwanted software. 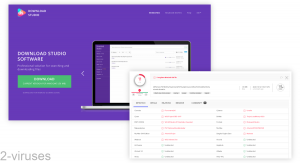 What’s the problem with Download.studio?

Download.studio is a BitTorrent client. It allows users to seed and download files to and from each other. It is most popular in Russia, Ukraine, Belarus, etc.

Like many other torrent clients, Download.studio gets detected by antivirus tools. That’s not surprising.

In addition, torrent clients like Download.studio are free, which often results in them including shady crapware offers in their installers. Any program that advertises other software in its installer is likely to be labeled as a potentially unwanted program (PUP).

The Download.studio that I downloaded was merely detected as adware – Virustotal.com.

But, at a point in time, Download.studio was found to be doing something worse. 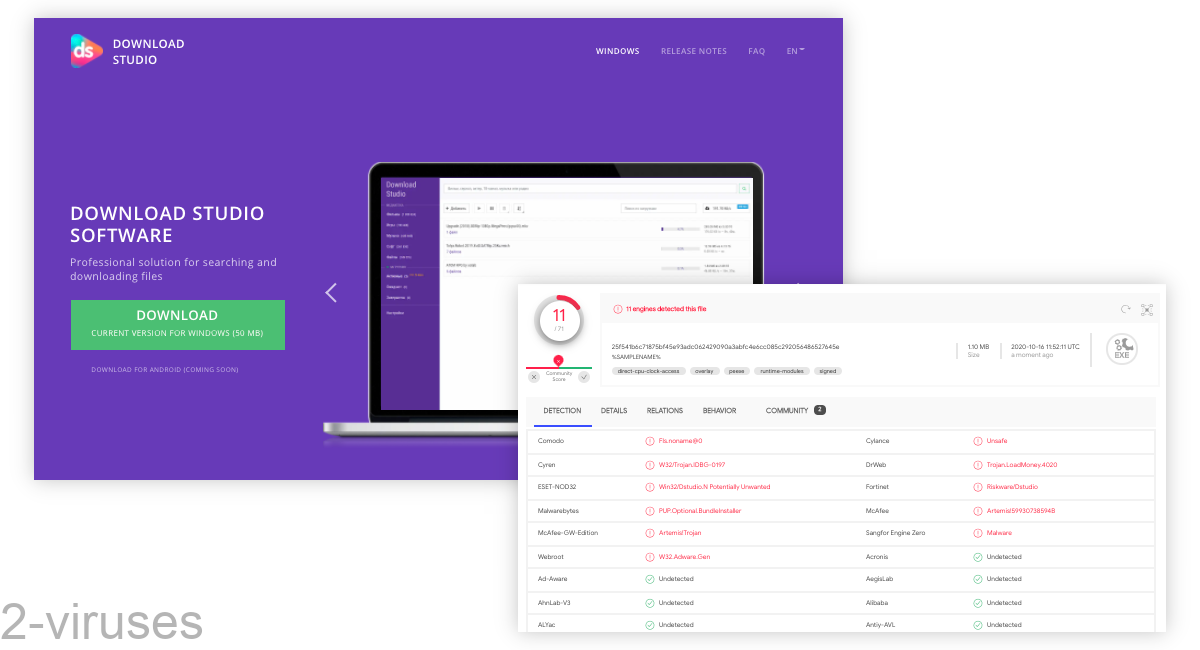 Eventually, Avast found how these fake installers were being distributed – by a few (likely related) programs: the torrent client Download.studio and three ad blockers called Netshieldkit, Netadblock, and Myadblock.

Here is one of the files that Avast detected Download.studio installing: Virustotal.com.

This malware could open a backdoor in the infected computers, which would allow malicious actors to infect them with any other payload. It could do a lot of harm by downloading and installing files, as well as reinstalling them, if they were removed.

You can read the Avast posts for more details on this trojan and on Download.studio’s behavior in regard to it.

In general, backdoors allow malware to be downloaded and installed on the victim’s computer without their knowledge and consent. This malware could be anything:

In the case of Download.studio, Avast found that it was spreading an XMRig-based miner and other malware.

How to remove Download.studio malware

If you were using Download.studio back in August, then it may have tried to install a backdoor on your computer, as well. If it succeeded, you may notice a few symptoms:

If any of that sounds familiar, you should check your computer for malware. Use an antivirus program, such as Spyhunter, the real Malwarebytes, or any program that you trust.

When users want to use torrent clients, they often have to deal with antivirus detections. Understandably, people just make an exception for Download.studio or another torrent client.

But this Download.studio incident is a good reminder to stay vigilant. Every free commercial program has to make money somehow. If you aren’t paying for its development and maintenance, then who is?

In addition, this is a good reminder to always be careful and thoughtful when making exceptions for antivirus detections. When a program that you trust sets off antivirus alarms, consider that it could be a real problem. It’s good consider the detection name and what it means.

Many hijackers and adware like Download.studio Malware install some of their components as regular Windows programs as well as additional software. This part of malware can be uninstalled from the Control Panel. To access it, do the following.
Download.studio Malware facts
Download Spyhunter for Malware detection
(Win)