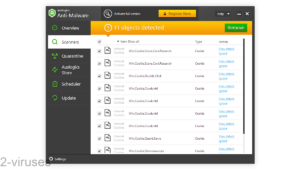 About Auslogics Anti-Malware in short:

A lot of Auslogics programs have this problem. BoostSpeed, OptiSpeed, Driver Updater, etc. Consistently, they or their installers get flagged by a few reputable anti-malware tools with the labels “Unwanted” and “Auslogics” (the name being a warning on its own).

Currently, this setup file for Auslogics Anti-Malware gets flagged by 5 scanners on Virustotal.com. Some web browsers, like Google Chrome, also block the installer, saying that the file is dangerous.

The installer, or the installation process, seems to be a very common problem with programs like Auslogics Anti-Malware and other Auslogics products. This setup file gets detected a lot more than the program itself. This is because the installer might bundle additional, unwanted offers. As a result, you might accidentally install programs you didn’t know about and didn’t want. Bundling like that is enough for some anti-malware vendors to flag a program as potentially unwanted.

Antivirus tools don’t mean to say that Auslogics Anti-Malware is dangerous, only to warn their users to be careful. They warn users about these programs in case they were installed without the user’s knowledge. 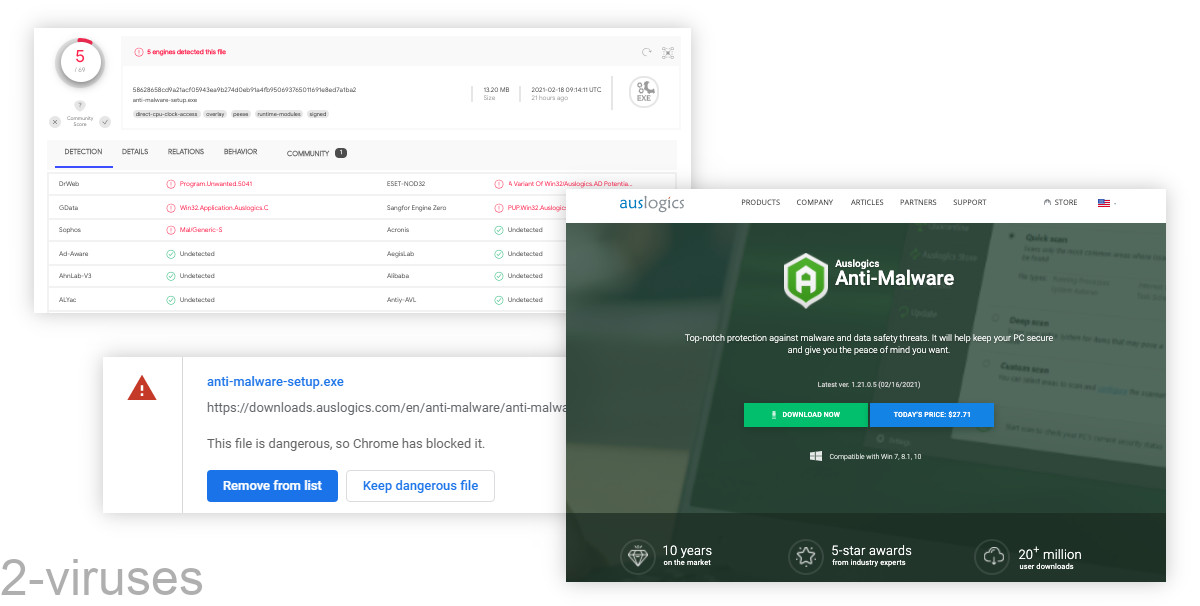 Features of the anti-malware

Auslogics Anti-Malware is presented on the Auslogics site as a security program that detects malicious files. It offers to detect cookies, suspicious startup items and scheduled programs, registry entries, and browser extensions. Auslogics Anti-Malware says that it’s meant to supplement your system’s protection. It’s not a standalone antivirus solution.

It detects some cookies. I didn’t test Auslogics Anti-Malware to see if it’s good at detecting real malware, but the people at AppEsteem say that it’s not. Even as a supplemental anti-malware tool, it should detect well-known malware items.

Downloading Auslogics Anti-Malware opens a page that congratulates you on beginning to improve your PC’s performance. On the same page, the BoostSpeed program is promoted. Both programs seem to have a lot of overlap (scanning the registry, deleting cookies, etc.), so I wonder if installing both of them would actually improve your performance. It’s different for each user, but these optimizers also require resources to run and this can slow down your machine (PC Cleaning Apps are a Scam: Here’s Why). And you need to pay for them separately. Just be careful of getting too many redundant optimizer programs. 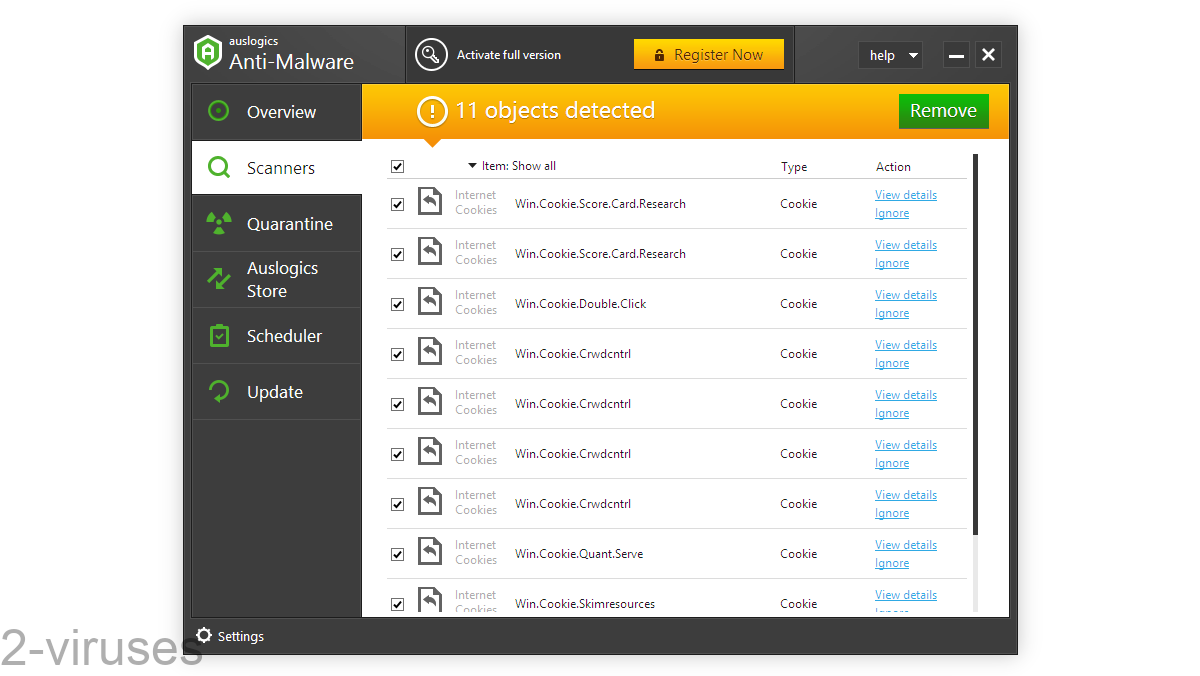 How to remove Auslogics Anti-Malware

If you like Auslogics Anti-Malware and want to continue using it, there’s nothing wrong there. It’s important that you yourself downloaded and installed it and are using it intentionally.

If you want to uninstall it, you can do it manually as described in the instructions below. Just remember that, if you paid for it, it’s most likely on a yearly auto-renewal. If you don’t use the program anymore, then you should cancel the subscription.

Since Auslogics Anti-Malware gets detected by anti-malware programs, you might want to check your device for other potentially unwanted items. More reputable anti-malware applications, like Malwarebytes, could help. Malwarebytes is very aggressive about potentially unwanted programs and bundlers, so it’s a great tool to use when you want to stay safe against such threats.

Many hijackers and adware like Auslogics Anti-Malware install some of their components as regular Windows programs as well as additional software. This part of malware can be uninstalled from the Control Panel. To access it, do the following.
Auslogics Anti-Malware facts
Download Spyhunter for Malware detection
(Win)