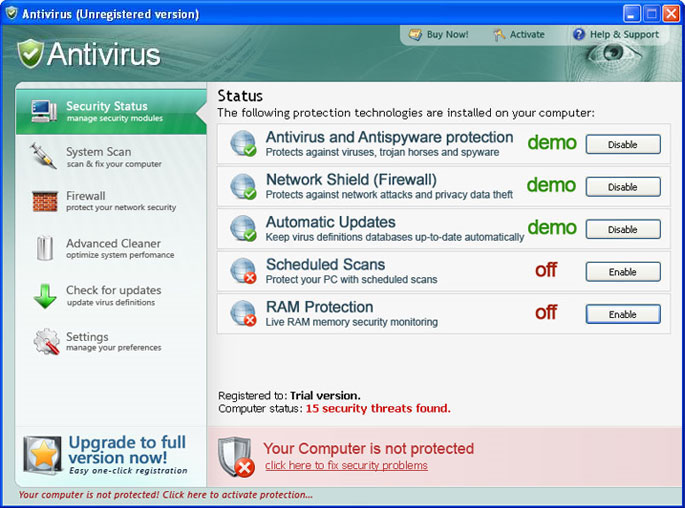 AnVi (another name of Antivirus) is a malicious program which has the main objective – to trick people into installing its license. It looks quite similarly to legitimate Nod32 antivirus, so many people may get caught easily by this scam. AnVi, or Antivirus, stays undetected while infecting targeted system because of the use of Trojans. However, the other its activity is clear because just like any other rogue anti-spyware it will display fake pop-ups, alerts and notifications.

AnVi starts running fabricated security scanners just after its infiltration. Malware returns scan results full of spywares, trojans, worms and other malware because it tries to scare its victims and then offers its licensed version. Fake alerts and system scanners also announce that AnVi has detected malicious programs that, in fact, are legitimate antivirus softwares, such as AVG, Spyware Doctor, Avira, McAfree, F-secure or Nod32. Alerts that are displayed by AnVi say: