FakeVimes is a family of parasites that has first started its activity in 2009 and started gaining its popularity in 2012. It designs rogue anti-malware programs that imitate security tools and try to make computer users purchase their full versions after convincing them that their computers are infected. The programs, use the same methods to infiltrate, they share the same interface and techniques to persuade users their systems are at risk.

One of the first rogue antivirus released by FakeVimes is Smart Virus Eliminator. It has first appeared in summer 2009 and gained its popularity at the end of 2011 and beginning of 2012. The program has reappeared again in 2016. In the end of 2010, FakeVimes has release another identical rogue anti-malware under the name of Personal Security Sentinel, but the latter one was much more active and it has infected many more systems. 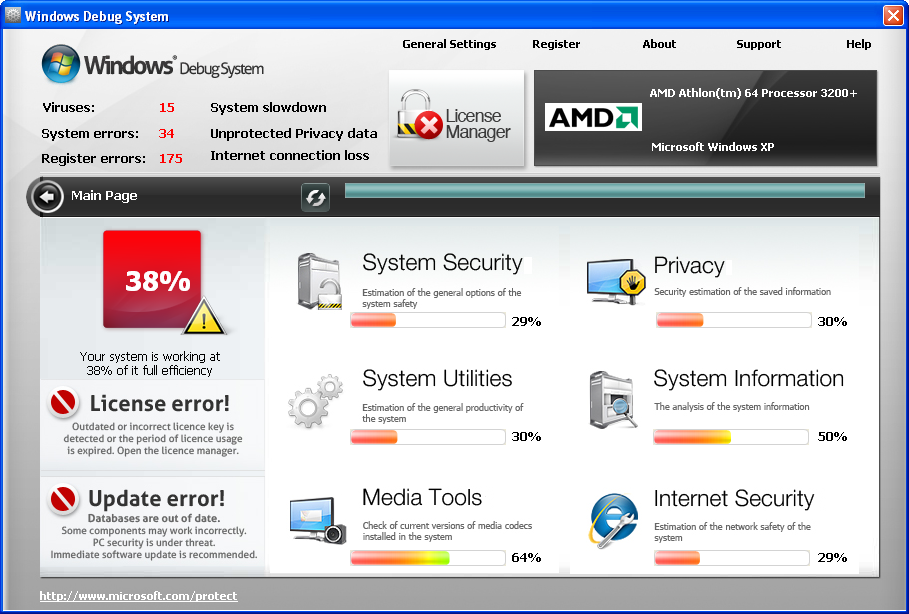 Just like all other rogue antimalware that belong to FakeVimes family, Personal Security Sentinel infiltrates into computers using Trojan viruses. Once inside, it is executed automatically with each Windows reboot. The program displays various security alerts and tries to convince computer users that their systems are at risk. It also imitates running a system scan and reports about numerous infections that are supposedly harming your PC. On top of that it generates numerous warnings and security notifications to make it look even more dangerous. Here’s how some of them looks like:

Warning! Name: firefox.exe Name: c:program filesfirefoxfirefox.exe Application that seems to be a key-logger is detected. System information security is at risk. It is recommended to enable the security mode and run total System scanning.

System component corrupted! System reboot error has occurred due to lsass.exe system process failure. This may be caused by severe malware infections. Automatic restore of lsass.exe backup copy completed. The correct system performance can not be resumed without eliminating the cause of lsass.exe corruption.

Firewall has blocked a program from accessing the Internet Internet Explorer C:program filesinternet exploreriexplorer.exe C:program filesinternet exploreriexplorer.exe is suspected to have infected your PC. This type of virus intercepts entered data and transmits them to a remote server. Recommended: Please click “Prevent attack” button to prevent all attacks and protect your PC

Error Potential malware detected. It is recommend to activate the protection and perform a thorough system scan to remove the malware.

Error Software without a digital signature detected. Your system files are at risk. We strongly advise you to activate your protection.

This entire show is made to make users purchase a full version of Personal Security Sentinel. The latter infection is one of the most successful creations of FakeVimes. It has been infecting computers very actively since the day it was released up until now. It also marks the day when FakeVImes have started releasing new infections regularly and very frequently. Here are more “clones” that were released around the same time and are active up until now:

FakeVimes became even more active at the beginning of 2012. At the begging and mid of 2012 FakeVimes has released even more rogues, however these infections were active just for a short period of time. These include:

In 2014 all of these were pretty much restrained, but FakeVimes continued with new releases. This is the time when users were attacked by:

The main issue with First wave FakeVimes parasites is their ability to prevent anti-malware programs from starting. This was done by automatically killing executables with particular names (both legitimate antiviruses and rogues). Some anti-malware programs like Spyhunter developed strategy to overcome it by killing the unnecessary processes during installation. Both Spyhunter and Stopzilla worked against this malware families without problems while Malwarebytes had some issues and required special launching instructions.

The last wave of infections used different approach. To remove them, one has to disable their protection in their GUI: