InstallCore is a category used by antivirus vendors for programs that may invite unexpected programs onto your computer without your knowledge. InstallCore adware affects Windows and Mac computers. It’s not very harmful, but it can result in unwanted programs being installed, and so, should be avoided when possible. 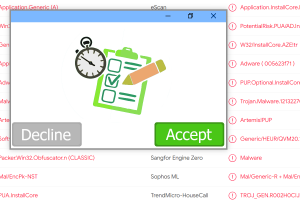 InstallCore is not a program, but a toolkit for developers to use (Wikipedia.org). It shapes how a piece of software is delivered to your computer.

The company InstallCore is a software monetization company that helps developers make money from their work. It enables developers to make money by distributing optional offers with their installers. Basically, it allows ads to be displayed within installers.

If the installer or update of a beloved and trusted program suddenly gets detected as InstallCore, then don’t worry too much. It could be that the program hasn’t changed, but that its developers wanted to make some money and decided to include some ads in their updater or installer.

When a program is flagged as InstallCore, that means that it might install unwanted software on your device and you might not even notice.

How InstallCore is implemented depends on the developer using it. Some devs behave a little deceptively and make it difficult to avoid their offers.

I still remember having to refuse McAfee every time a new Flash Player update came. There’s nothing wrong with either McAfee or Flash Player, but it was so annoying to have to do it every single time.

This is why antivirus programs detect installers that use InstallCore. Because there’s potential in them to deceive users and trick them.

How InstallCore can be problematic

Here are some ways that developers misuse InstallCore to deceive users:

Here’s an example of an InstallCore detection by antivirus programs: Virustotal.com. The file also gets detected as Malicious, Unwanted, even Trojan. 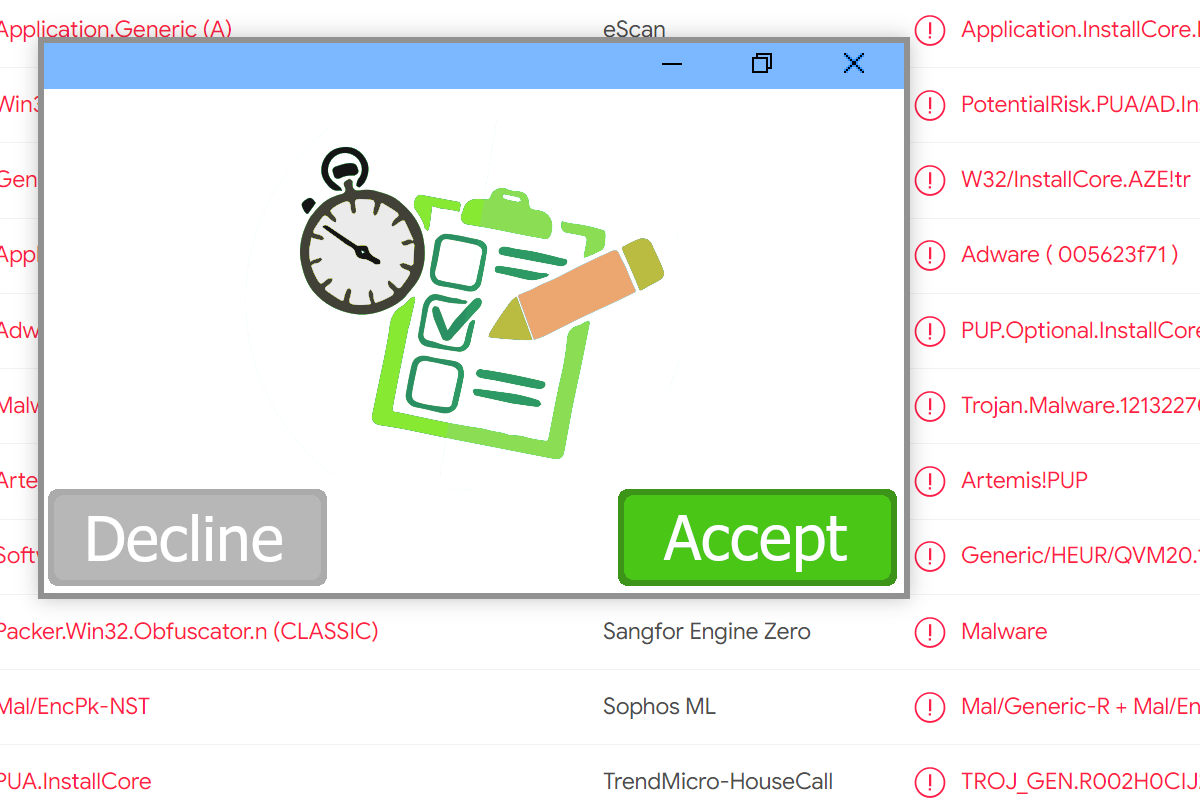 How to remove InstallCore

Be warned about bundled software

You could let your antivirus program to remove or quarantine InstallCore and other threats. Have a security program, such as Combo Cleaner for macOS, Spyhunter for Windows, and others check the files you download and warn you about those that are suspicious.

Often, the programs that are offered by InstallCore adware are harmless, if unwanted. So, often, it’s enough to uninstall them like you would any other program.

Sometimes, they do leave some files behind. You can delete them by diving into your folders on the C drive on Windows or into your Library files on macOS.

Many hijackers and adware like InstallCore Adware install some of their components as regular Windows programs as well as additional software. This part of malware can be uninstalled from the Control Panel. To access it, do the following.
InstallCore Adware facts
Download Spyhunter for Malware detection
(Win)