Fake Firefox update alerts, such as “Firefox requires a manual update” and “Important Firefox update available” are scams whose landing pages urge people to install an update for their Mozilla Firefox browser. However, this is nothing but a hoax, a fake update alert actually tries to install an add-on that would hijack the browser for malicious activities. Fake update alerts have nothing to do with Mozilla or Firefox – they’re created and spread by malicious actors. 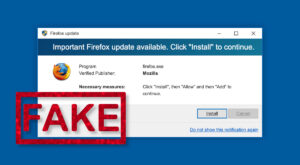 We have observed quite a few similar fake notifications, like “Urgent Firefox Update” and “Firefox need to update immediately” (Dont Fall For Fake Browser Update Warnings).

The “Firefox requires a manual update” scam is a fresh one and some people might believe it to be legitimate, especially when it is more sophisticated than many other fake updates. 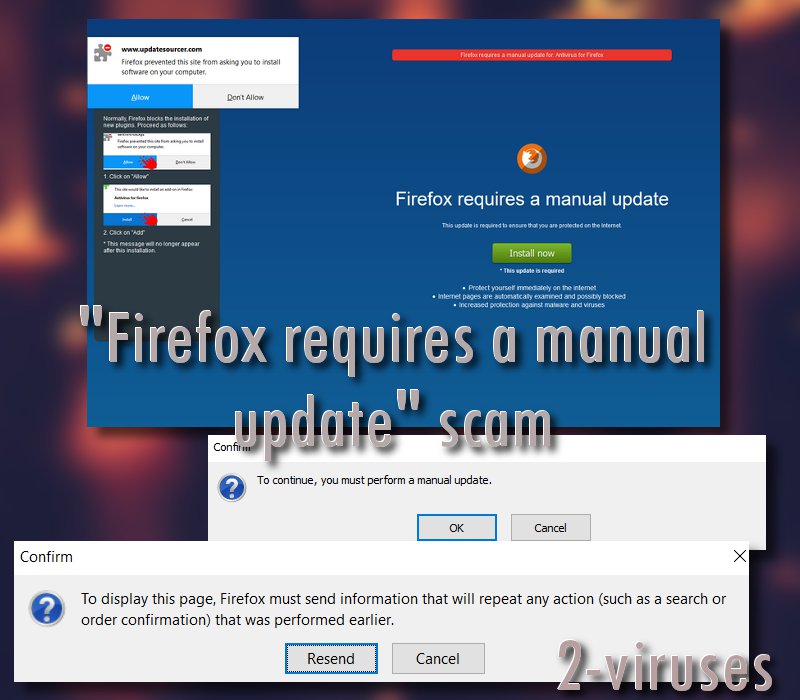 The fake Firefox updates are persistent

If you ever encounter the “Firefox requires a manual update” or “Important Firefox update available” alert, you might find it difficult to escape. This is because the page is reloading an iframe, automatically sending a post request to another page. Because of this feature, the malicious page can hijack the browser.

We’ve noticed that some “Firefox requires a manual update” pages used to insert cookies into computers. They would use them to track your online activities, potentially leaking your personally identifiable information to unreliable sources. This could be used for more than just by advertisers to show you more effective ads. Criminals use personal information for phishing attacks which could effectively steal your passwords. Luckily, Firefox blocks 3rd party cookies by default.

What malware, adware is spread by the fake Firefox updates

The rogue Firefox update might try to install an unwanted add-on, such as the v15_15.0.xpi add-on which is currently not detected by many anti-malware applications. Once the extension is installed, it forces users to visit affiliate links. And when someone clicks on a promoted website, the controllers of the extension make money.

While extensions are always a bit iffy (Browser Extensions Are a Privacy Nightmare: Stop Using So Many of Them), malicious extensions can cause real harm by injecting ads and stealing private information.

Disturbingly, some “Firefox requires a manual update” scams would install a crypto miner. Such an app would silently mine cryptocurrency for malicious actors and severely slow down your computer. We have discussed a similar situation before, but then Google Chrome was targeted.

In the past, Mozilla Firefox used to be targeted by such scams because some browser extensions or other applications could be installed on it without authorization. This no longer applies as Firefox shows permission requests before installing extensions. Still, malicious extensions and desktop programs continue to be promoted by “Firefox requires a manual update”, “Important Firefox update available”, and other scams.

You might ask: why would hackers go through so much trouble to install a browser extension? Well, some malicious add-ons – those that show ads, mine cryptocurrencies, track your online activities, force you to visit certain sites, commit ad fraud, possibly even steal info (such as payment details) – can make crooks a lot of money. 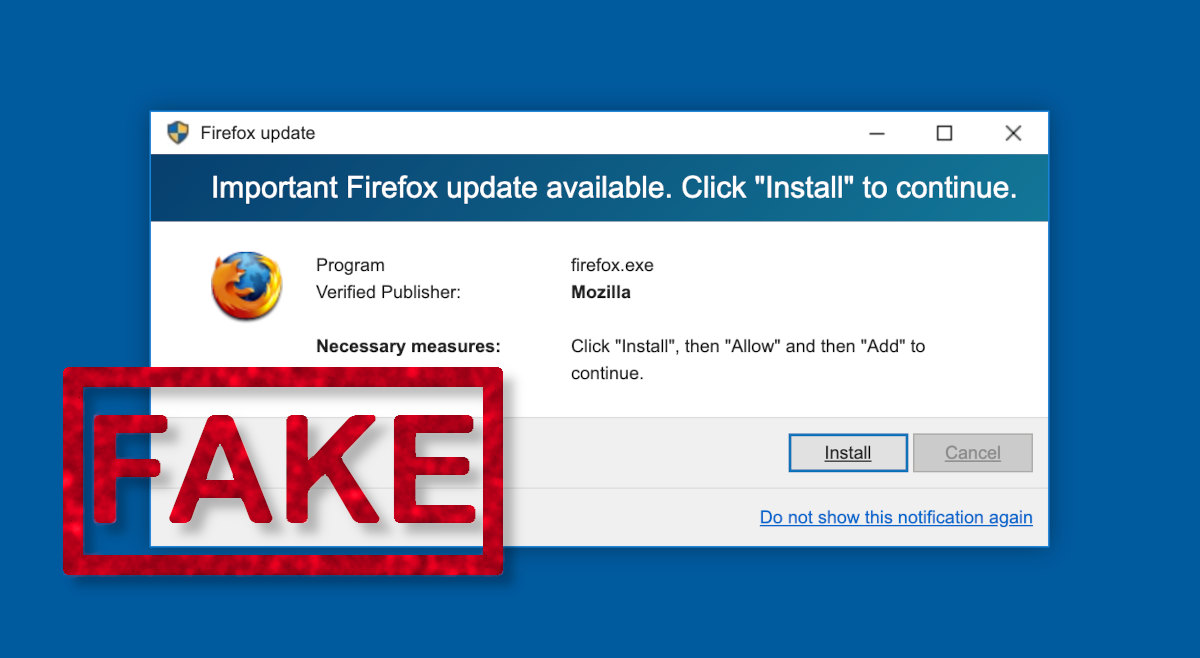 How to avoid fake Firefox updates

How and why to deal with the fake Firefox update alerts:

You might also want to avoid shady sites that show aggressive pop-up ads – or use an ad blocker. Some websites get infected with malicious ads, while controversial sites (such as pirating sites) show these ads voluntarily.

If the fake Firefox update site hijacked your browser, there are many keyboard shortcuts that you can use to escape.

If you encounter fake update alerts and other malicious ads often, you should install a reliable ad blocker to avoid deceptive advertisements.

Many hijackers and adware like “Firefox requires manual update” scam install some of their components as regular Windows programs as well as additional software. This part of malware can be uninstalled from the Control Panel. To access it, do the following.