Carambis Driver Updater is one of many automatic driver-updating software tools that are available for Windows users — unfortunately, it doesn’t seem to be any more useful than the other ones. Carambis might try to convince you to buy the paid version by showing you supposed problems with your device drivers but you should really think before doing that. 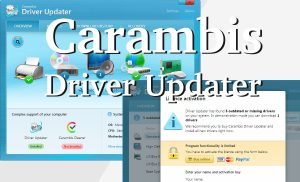 The program is similar to DriverHub, Update Driver, or Advanced Driver Booster. These applications like to use bundling to trick people into installing unwanted programs and some users of these utilities find themselves disappointed that their hardware or driver issues aren’t solved and even new ones are introduced. There are a lot of programs out there that just aren’t competent enough to not install the wrong or incompatible driver to some users’ machines.

People whose computers take longer than before to do various important tasks might wonder if they can do anything to improve the performance of their PC. Those who encounter some problem with a device not working think that the driver might be the problem. Often, replacing or updating drivers is offered as the first piece of advice to someone having problems with their hardware.

But a driver management utility like Carambis Driver Updater shouldn’t be your first choice. Microsoft provides drivers that are thoroughly tested for compatibility and if you update your Windows as often as it needs to be, you will have drivers that are mostly up-to-date and with minimal conflicts with other devices.

Even if your problem does need to be solved with a specific driver, as Microsoft says, it can be done manually. Device manufacturers often provide their own driver updaters.

Finally, don’t fix what isn’t broken. Some people believe that they need to have all of their drivers as up-to-date as possible, however, if a device is working well, the driver is fine. Having a utility like Carambis Driver Updater isn’t going to improve the performance of your PC but it might cause issues when the wrong driver is automatically installed. In fact, rolling back the drivers is just as often a solution to hardware problems as updating them.

So when Carambis shows you that you’ve got multiple outdated drivers and that only one can be fixed for free, it shouldn’t look concerning at all. Driver updaters act like having the newest drivers is important when it almost never is. Many driver-updating utilities are this considered to be PUPs — potentially unwanted programs: programs which can be used and even useful but can cause problems just as often. 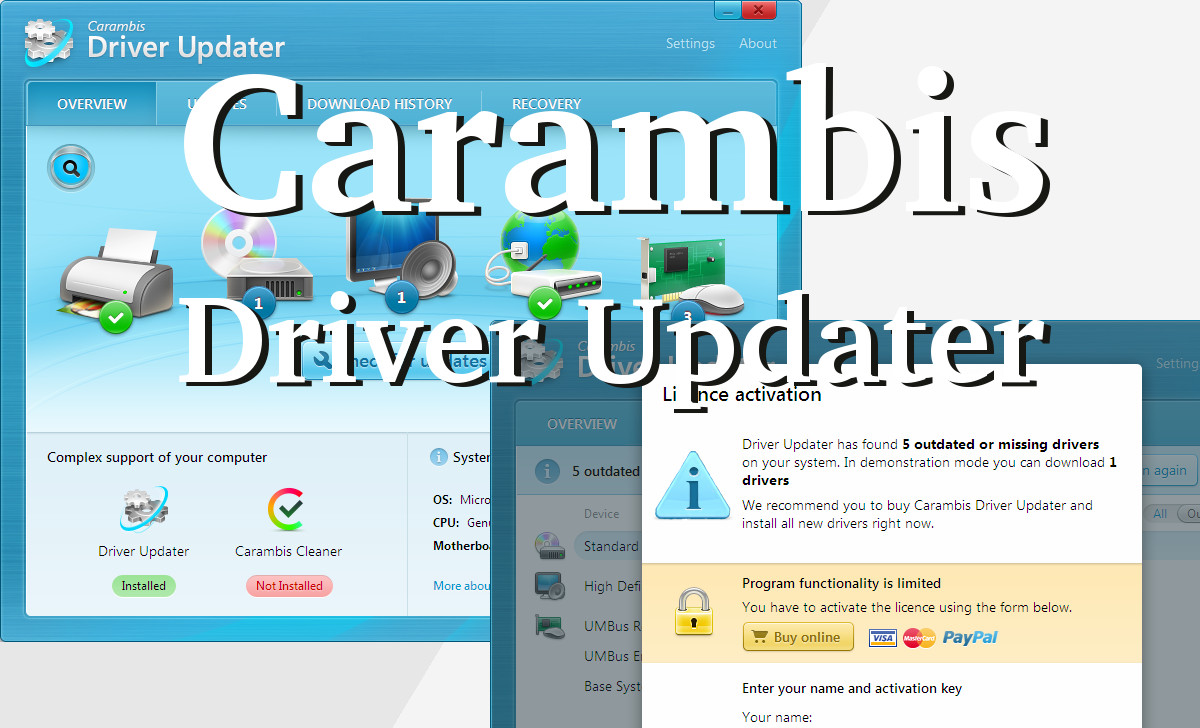 One issue that Carambis has that makes it like the other PUPs is that it bundles other programs. The “optional offers” used to be toolbars, so if you just skipped over the setup process, your browser would be hijacked by an unwelcome extension. Later, Carambis bundled Avast, which is a real and safe anti-malware program. Carambis’s developers even put a green banner pointing out the bundle to make it easier for people to notice it and reduce the number of accidental installations, which is a recent improvement.

There is an issue with scheduled scans and Carambis running in the background. For most devices, new drivers are released rarely and they’re hardly urgent to update — this isn’t some malware definitions update, a driver can wait. Meanwhile, Carambis is using your system resources to perform scans and bugging you with notifications about outdated drivers. The majority of users do not need this behavior.

If you’re curious to know what anti-malware programs think about Carambis, here is the VirusTotal report on one of the newer versions of the program. The older ones have more detections, of course.

How to remove Carambis Driver Updater

The removal of Carambis might be very simple, or frustratingly impossible. If you successfully remove this program manually and it doesn’t return, consider yourself lucky. Many PUPs have persistence mechanisms or a malicious background program that help keep it installed. If you don’t want to spend days on removing Carambis yourself, you can employ an anti-malware scanner like Spyhunter or that could find any suspicious files for you.

The other issue to consider is how Carambis got installed. If you didn’t look for it yourself, you probably need to improve the security of your computer a bit. Better security and better browsing habits usually results in fewer PUPs and fake optimizers.

Many hijackers and adware like Carambis Driver Updater install some of their components as regular Windows programs as well as additional software. This part of malware can be uninstalled from the Control Panel. To access it, do the following.
Carambis Driver Updater PUP facts
Download Spyhunter for Malware detection
(Win)