Avaddon is ransomware that encrypts files. It’s relatively new, but it’s already pretty well known. It comes in malicious attachments that arrive with spam emails. Once Avaddon is downloaded and installed, it steals some data, locks files and marks them with the avdn extension. Avaddon asks hundreds of dollars from each victim if they want to get their files back. So far, there doesn’t appear to be a way to decrypt files for free.

Update: Emsisoft has released a decryptor for Avaddon. The ransomware still needs to be removed to avoid repeat encryption, but now you can recover the encrypted files! 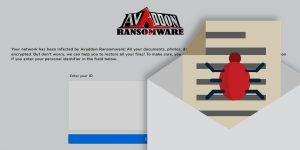 Avaddon is a pretty new ransomware, so not everything is yet known about it. Here are some signs of an Avaddon infection:

Avaddon is known for stealing files in addition to encrypting them. The cybercriminals behind this ransomware threaten to publish the stolen data of those victims who don’t pay the extortion.

At the moment, there’s no known way to recover (decrypt) the files that Avaddon encrypts (that is, without paying the ransom, which is extremely risky and expensive).

If anyone offers to fix your files for a fee, be very careful – likely, they’re a scammer. The Avaddon General Decryptor may be a real decryptor, but it is useless without the correct decryption key, which is unique to each victim.

Avaddon spreads in malicious emails. The spam emails can be anything, but according to the AppRiver analysis, a winking smiley and a subject line asking the recipient’s opinion on a photo. The subject line is meant to get people interested in the attachment. The attachment is not a photo, but the downloader for Avaddon. It’s disguised as a safe file with the help of double or triple extensions. For example, a downloader named “picture.jpg.js” would appear as “picture.jpg”, so people might feel safe opening the file. Here is a file that downloads Avaddon uploaded on VirusTotal (look at the file names under the Details tab – it’s a JavaScript file with a double extension).

Avaddon’s creators get away with this because many Windows computers hide the last file extension to prevent people from accidentally editing them (How to Make Windows Show File Extensions).

GandCrab was spreading in infected Doc files. Trojans like Emotet and Sphinx use the same method. Tricking people to open infected files is still very effective. So, it’s not surprising that Avaddon spreads using malicious spam.

If Avaddon continues to be active, it’ll probably be distributed in new ways and targeted more precisely (for example, by impersonating local businesses or hijacking niche websites). That’s likely because people found ads for an Avaddon affiliate program. This means that Avaddon could be distributed as RaaS – Ransomware-as-a-service: independent teams of malicious actors take Avaddon and spread it in their own ways, sharing the profits with Avaddon’s creators. Different extensions for encrypted files could be used. 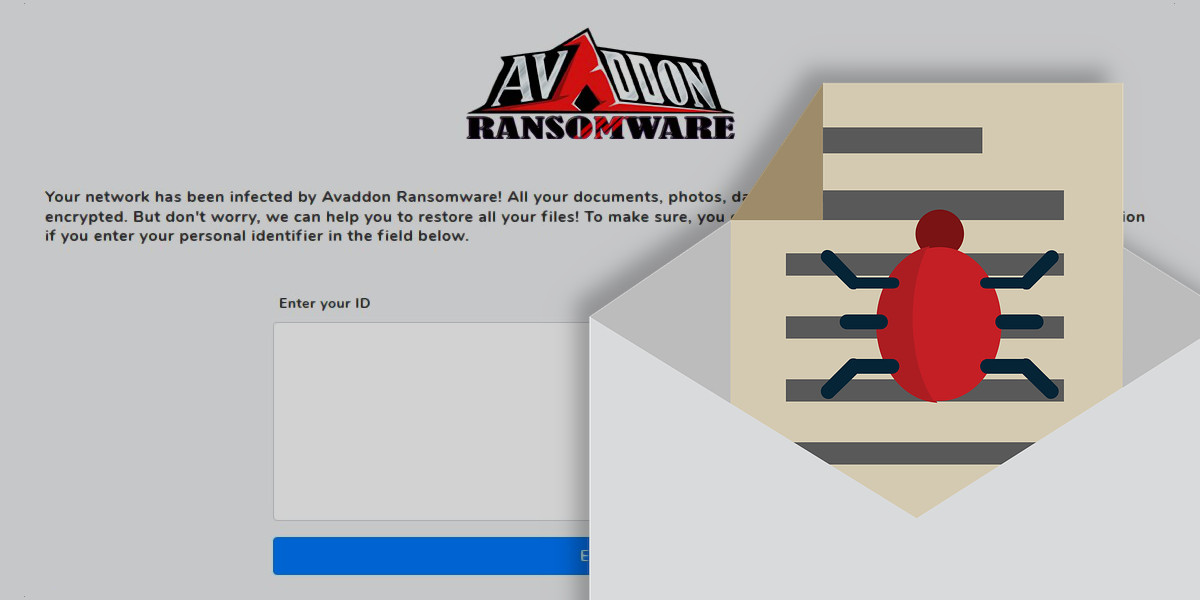 How to protect yourself

When it comes to ransomware, file backups are the best tool in protecting yourself. Avaddon scans for hidden drives to encrypt, so the backups cannot be connected to the network.

Some other ways to protect yourself not just from ransomware, but from trojans and other malware:

Make backups of the files that Avaddon encrypted if you want to keep them. These files aren’t dangerous and, don’t hold your breath, but there’s a small chance that some kind of decryption method becomes available (for example, law enforcement catches Avaddon’s developers). Besides, if Avaddon doesn’t encrypt files entirely, then you may be able to use the methods meant for repairing corrupted files to recover a little of your data.

Scan the infected computer with antivirus programs, like Spyhunter. It’s pretty standard for ransomware to also deliver spyware, so don’t be surprised if next to Avaddon, a trojan is discovered. If it is, then it might have stolen some of your passwords, usernames, email contacts, and similar data.

After restoring your system, it is recommended to scan your computer with an anti-malware program, like Spyhunter and remove all malicious files related to Avaddon (avdn) Ransomware. You can check other tools here.

If you do not use System Restore option on your operating system, there is a chance to use shadow copy snapshots. They store copies of your files that point of time when the system restore snapshot was created. Usually Avaddon (avdn) Ransomware tries to delete all possible Shadow Volume Copies, so this methods may not work on all computers. However, it may fail to do so. Shadow Volume Copies are only available with Windows XP Service Pack 2, Windows Vista, Windows 7, and Windows 8. There are two ways to retrieve your files via Shadow Volume Copy. You can do it using native Windows Previous Versions or via Shadow Explorer. a) Native Windows Previous Versions Right-click on an encrypted file and select Properties → Previous versions tab. Now you will see all available copies of that particular file and the time when it was stored in a Shadow Volume Copy. Choose the version of the file you want to retrieve and click Copy if you want to save it to some directory of your own, or Restore if you want to replace existing, encrypted file. If you want to see the content of file first, just click Open.

There are several data recovery programs that might recover encrypted files as well. This does not work in all cases but you can try this: Note: In many cases it is impossible to restore data files affected by modern ransomware. Thus I recommend using decent cloud backup software as precaution. We recommend checking out Carbonite, BackBlaze, CrashPlan or Mozy Home.
Avaddon (avdn) Ransomware facts
Download Spyhunter for Malware detection
(Win)