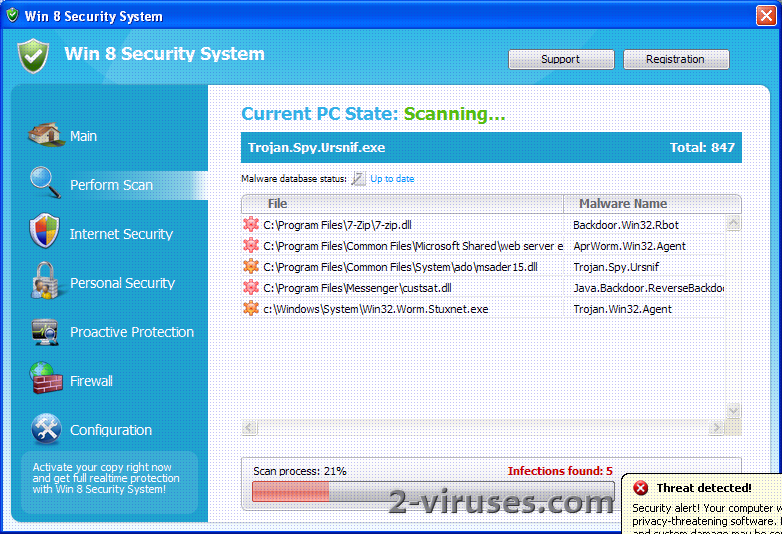 Threat detected!
Security Alert! Your computer was found to be infected with privacy-threatening software. Private data may get stolen and system damage may be severe.
Recover your PC from the infection right now, perform a security scan.

However, it is not as easy to remove Windows 8 Security System. For protecting its files, it comes with rootkit. Additionally, it will prevent browsers to download software in the normal operation mode. We devised a way to completely eliminate this parasite, though.

The easiest way to remove it is fake-register it using this code: Y86REW-8F42D6E3-FD18 and any email. Then scan with anti-malware programs like spyhunter or Spyhunter. This would allow doing security scan. We are thankful for security researcher Siri for making this code public. (UPDATE. This code does not work on some versions of this rogues, at least ones we tested )