Soft Cores Miner, also known as systemcore.exe is a dangerous trojan that aims to infect computers and secretly mine cryptocurrencies by stealing computing power and causing all kinds of troubles.

The biggest problem regarding trojans like this – they are really difficult to detect. Things get easier if you have reliable anti-malware tool installed on your computer. A simple scan should be enough to detect malicious files of Soft Cores miner and automatically eliminate them. 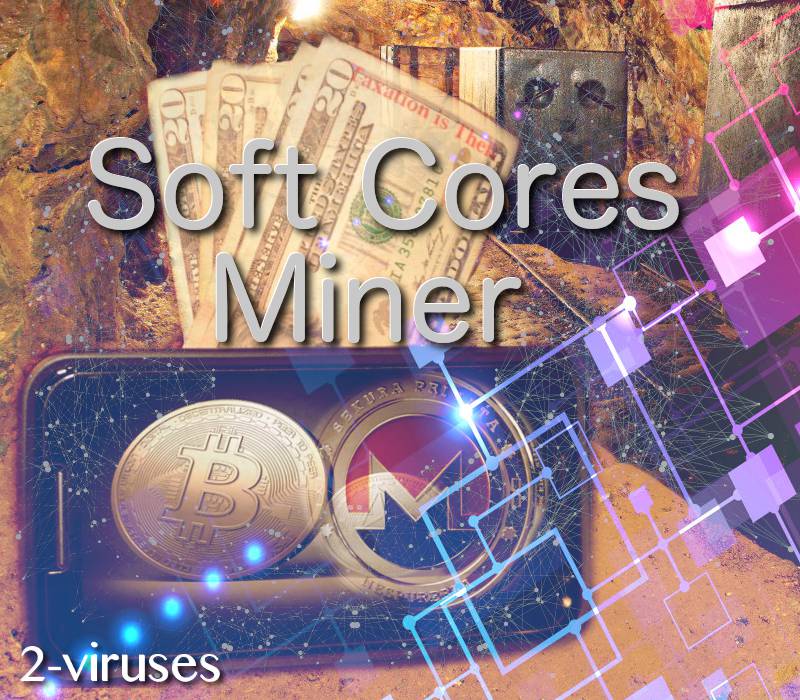 We have already discussed XMRig (WaterMiner) and Crypto-Loot trojan viruses earlier this week and this systemcore.exe is really similar to both of them. There is no clear answer how this virus is distributed, but most of the time trojans like this come as an attachment to the email letter from the spam category. That’s why we always suggest not to open emails from that category and most importantly – not open attachments when you don’t know the person or company that sent the letter.

As we ave mentioned before, it is really difficult to tell if such trojan is operating on your computer, so most of the time miners like this just go unnoticed and work in the background. However, there are several indicators that can be noticed if you know them. First of all, if Soft Cores Miner is running in the background, your computer will work much slower. It’s like running a lot of applications at once – your computer is barely solving any of processes, even though you are just browsing the Internet on a single window. That’s because Soft Cores infection is mining money in the background and that requires a lot of computing power.

Another clear indicator – the fan of your computer will constantly work at a highest rate possible, trying to cool down both CPU and GPU. Even though you might not notice overload of the PC, you will definitely notice that the fan is spinning much faster than usually because of the sound.

Lastly, guaranteed method to find out if a miner is operating on your computer – open task manager and look for the process ‘systemcore.exe’. It is not difficult to notice it because this particular process will be using up to 98 or 99 percents of your CPU computing power.

If that’s not enough or you can’t find this process on the task manager, you can open the control manager and look for the application called ssc 1.12. If you can find it, it means that the trojan virus is successfully installed and operating on your computer.

Why and how to remove Soft Cores Miner trojan?

There are two main reasons why you should get rid of Soft Cores Miner trojan – first of all, you won’t be able to use your computer, even the simplest tasks will be a real struggle for your computer. second reason – your electricity bill will skyrocket. High usage of main components of your computer will definitely increase the consumption of the electricity.

Now, if you want to get rid of this infection fast and effortless, you should get yourself a reliable anti-malware application, such as Spyhunter. Either one of them should be able to detect and remove the virus in minutes. It will also protect your computer from similar viruses in the future, so it is worth to keep it installed.