Just as we have predicted, crypto-mining malware is slowly, but efficiently pushing ransomware viruses from their thrones. After the sudden changes in the crypto-currency world, hackers became more engaged in illegal mining. In some cases, such strategies have proven themselves to be very successful, since the crypto-mining activities can occur right under users’ noses. Since crypto-mining does not generate highly-evident symptoms (unlike ransomware which encrypts files and locks screens), some people might not even be aware that their computer resources are being exploiting by malware.

The numbers of crypto-mining malware continue to increase

Report from Comodo Cybersecurity suggests a sharp rise of crypto-mining attacks, and a surprising decline in ransomware. It is noticeable that ransomware infections are not as frequent as they used to be, and many cyber criminals are inspired by the possibilities of crypto-mining. Even though the massive jump in value of Bitcoin definitely was one of the reasons why hackers chose to spread crypto-miners, in 2018, they are preferring another crypto-currency. Many of the illegally distributed miners generate Monero crypto-currency which is also a very popular digital currency. 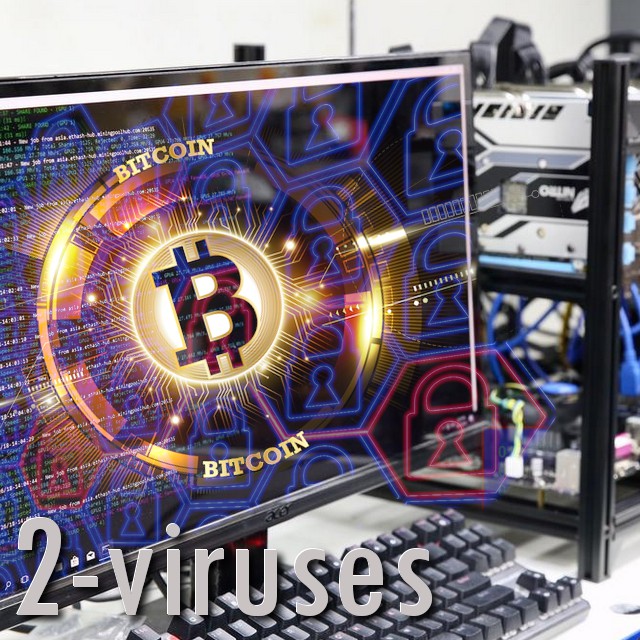 In 2018, we covered many stories, related to crypto-mining activities. For instance, in February, our security team reported that crypto-miners were spread thru Telegram desktop program. The same month, Smominru mining botnet managed to make more than 3 million dollars. Knowing the increased danger of crypto-miners, researchers and website-owners are exploring many ways of putting an end to illegal mining activities.

So far, one of the most straightforward approaches was selected by Google. It decided to ban all crypto-miners from its Chrome Web Store, and refuse to accept advertisements that are related to crypto-currencies. However, this will not fix the crypto-mining issue fully. Many crooks hack into websites and inject crypto-mining scripts into them. Similar scenario was seen in the case of Magento hack.

Furthermore, it is natural that hackers are becoming keener to spread crypto-miners instead of ransomware viruses. Many users are oblivious to the fact that their computer resources are being used for mining. Other notice suspicious symptoms, like increased CPU usage, but avoid solving this issue. Since many users tolerate crypto-miners, hackers can enjoy mined digital coins without any worry. Researchers from Comodo state:

“As bitcoin jumped in value up to $20,000 in 2017, it became a prime target for cryptomining attacks. The real surge, however, came this year as cryptominer attacks grew to 28.9 million, amounting to a 10% share of all malware incidents during the first quarter. The number of unique cryptominer variants grew from 93,750 in January to 127,000 in March”.

In the future, the threat of crypto-mining malware can only become worse. We hope that you won’t allow hackers to exploit your computer resources, and you will find appropriate ways of blocking mining scripts.

Read "Crypto-miners: more active than ransomware" in other languages