Ever felt the uncontrollable urge to cover up your camera like Mark Zuckerberg? While some might think that placing some tape on your laptop camera or disconnecting separate cameras (while they are not in use) from your computer is a silly action for paranoid people, you might guess again. A woman from Netherlands shared her freaky story that will probably leave users feeling like they have to cover their cameras and microphones.

Rilana Hamer is jut an ordinary woman from the Netherlands and she is probably not hiding any FBI secrets or engaging in any out-of-place activities. However, she reported a rather mind-blowing incident that occurred in her own home. 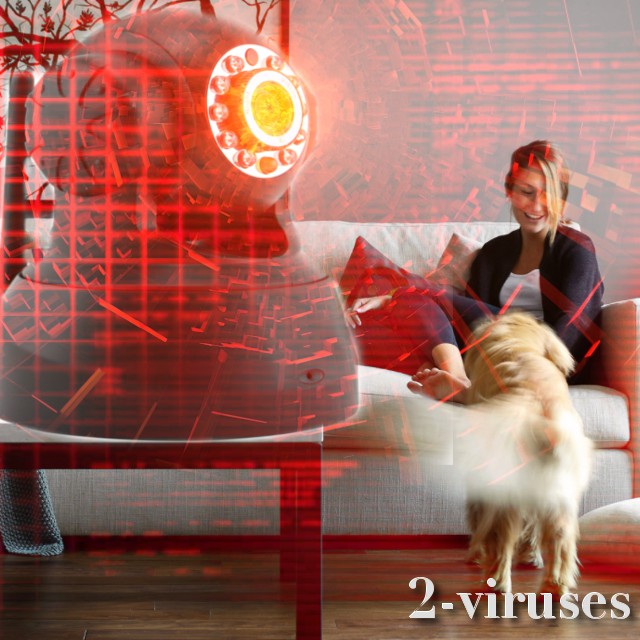 The woman decided to buy an IoT camera for the sole purpose of keeping track of her dog while she was out. While some pet-owners might be currently doing the same thing, Hamer was one of the unlucky few (we predict that she is not the only one) that has become a victim of aggressive violation of her personal space.

In her Facebook post, she explains that one day she was cleaning the house and goofing around. Suddenly, she noticed that the IoT camera in her living room moved. This appeared silly to her at first, and she though that it was only her imagination because the camera could have not moved on its own. Oh, how wrong was she.

She heard odd sounds from her living room once again and went back to check them out. Like in some sort of sci-fi or horror movie, the camera turned to her and approached her: “Bonjour, madame. Tout bien avec vous?“. Shocked and scared, Hamer disconnected the camera and thought about the possible footage that the camera might have captured. Still pretty shaken, she invited a friend over and connected the camera once again.

The situation got even creepier after this. Camera once again turned her way and asked whether she spoke French. When she answered “no”, the camera started speaking Spanish. Even though these short interactions were rather civil for a vicious hacker that invaded Hamer’s privacy, the conversation soon turns darker. When she yelled at the camera to “get the f**k out of my house, now”, the voice from the device replied in a similar manner “oohhhh suck my d**k!”.

IoT devices are considered useful, but their security is often questioned. The incident that Hamer reported on Facebook is getting attention from all over the world. Currently, it is unknown whether this alarming situation is her own fault or did the device malfunction. Whichever the case, choose IoT products from reliable vendors and always protect your Wi-Fi connection and device itself with strong passwords.