Dark times have finally come to the virtual world criminals: FBI officially arrested 74 online scammers involved in the Business Email Compromising (BEC) crimes globally during the 6 months long ‘Operation Wire Wire’. The most lawbreakers were from the US (42) and Nigeria (29) and less in Mauritius (3), Canada (3) and Poland (3). Moreover, the campaign managed to take a hold of nearly $2.4 million dollars and recover close to $14 million in unlawful wire transactions, making it one of the most successful virtual operations. 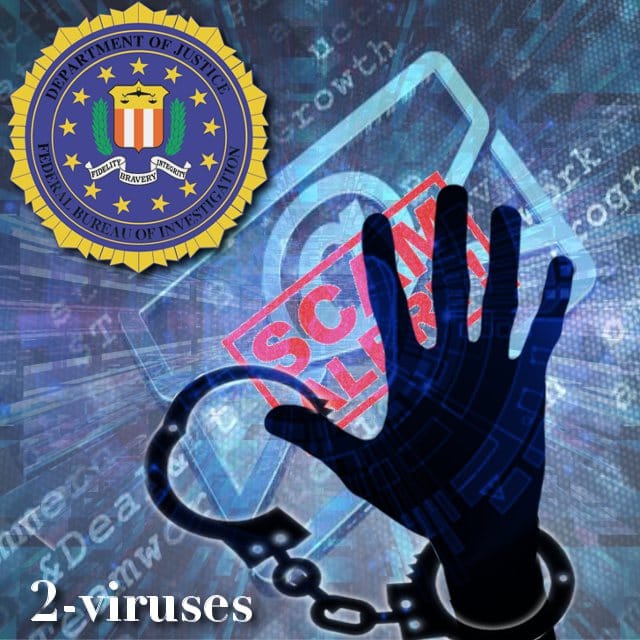 According to the ic3.gov BEC is a scam when the criminal pretends to be some sort of business/service representative and fraudulently lures out the personal information (which later can be sold to the DarkNet or used to get victim’s tax return money) or in most cases sets up a deceitful money transfer via wire. The schemes of BEC can vary but almost always they include the fraud impersonating some sort of executive, real estate agent or trusted company’s employee.

In May 2018, we wrote about the IC3 annual report of cyber crimes in 2017 and the largest loss of money was due to the BEC crimes – over $676 million dollars. Criminals target the businesses and unaware citizens like seniors by using social engineered emails convincing them to wire transfer large amounts of money for allegedly bought properties, products, services, and etc. BEC scams originated in Nigeria but became popular all over the world.

According to the FBI since 2013 businesses have already lost more than $5.3 billion dollars due to BEC scams. Frauds can work from any part of the world, therefore, it is really hard to catch them, furthermore, they can redirect the transfer overseas which requires the joint forces to trace the crooks. Operation Wire Wire was also a result project of the US Department of Homeland Security, DOJ, US Postal Inspection Service and US Treasury.

Even though cyber justice is just beginning to take action, at least it’s a start which hopefully will expand over time. The increasing numbers of internet users around the world proportionally raise the quantity of the virtual wrongdoing.

This operation demonstrates the FBI’s commitment to disrupt and dismantle criminal enterprises that target American citizens and their businesses. We will continue to work together with our law enforcement partners around the world to end these fraud schemes and protect the hard-earned assets of our citizens. The public we serve deserves nothing less.

The Secret Service remains committed to aggressively investigating and pursuing those responsible for cyber-enabled financial crimes. Although the explosive expansion of the cyber domain has forced us to develop innovative ways of conducting these types of investigations, our proven model remains the same.

If you have recently been contacted by someone suspicious asking for personal information and money transfer, or already became a victim of such fraud then make sure to report it to the Internet to help the federal authorities to tame the virtual criminals.