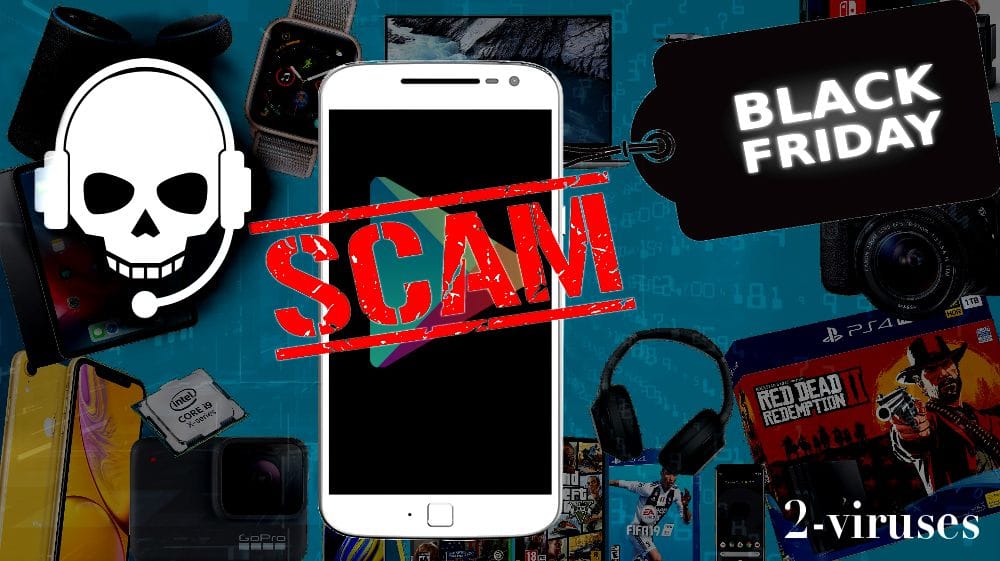 Black Friday is not only a good chance to save some money and get great deals for customers but also a perfect opportunity for cyber criminals to take advantage of this madness and make some money by scamming Black Friday’s shoppers. Actually, the money that can be made this weekend by developers of malicious or misleading applications are pretty impressive – as reported by ’Adobe, during the Black Friday weekend events online shoppers spent more than 19 billion US dollars back in 2017 alone in the United States, so you can imagine that even if cyber criminals get only a small piece of a cake, it’s still very significant.

’RiskIQ released a report of the research made on scams that occur during Black Friday events. It’s clear that cyber criminals are using not only spam email letters but also specifically crafted mobile applications to lure money out of naive users. Names of major brands are used to gain trust and trick users into spending money on amazing deals that turn out to be nothing more than a scam.

As stated in the report, shoppers all around the world seek to buy presents for the upcoming holidays season and save a lot of money by doing it online, on the Black Friday. A simple attempt to purchase a gift for your loved one can turn into a complete nightmare because cyber criminals don’t limit themselves to scams on purchases – they also are seeking to gain access to your credit card details, login credentials or other sensitive data.

This year the threat of being scammed is even bigger – Magecart movement of credit card-skimming groups is targeting major websites, such as Ticketmaster or British Airways. Data is truly shocking – more than 5% of all 4,331 analyzed Black Friday related mobile applications are malicious. Most of them include some well-known names to build trust, thus you should be really attentive when shopping online through mobile applications.

Every brand from TOP 10 list of brands with the most web traffic averages over 17 malicious applications that has a brand name and “Black Friday” keywords in the title or the description. That’s a clear sign that cyber criminals are seeking to make money this weekend, as they are producing applications for this specific occasion.

In case you are looking forward to purchasing something on Black Friday online and don’t want to lose your money, here are some basic rules: