Walking up to an ATM and suddenly being showered with dollar bills sounds like a brief dream before you have to return to reality. While such a scenario remains to be treated as impossible, a pink dream with no marrow to come true, by some users, others are using their skills to program their way to a pool of money. Darknet is always filled with the most surprising offers. Now, hackers are suggesting that its visitors would consider purchasing a ATM malware.

In a website called ATMjackpot, vicious hackers are offering registration, costing 5,000 dollars, for a service to take money out of ATMs. In exchange for those 5 thousands dollars, users are proclaimed to receive 1 credit which means that users will have a chance of retrieving all cash from 1 specific ATM. At first this malware was sold through AlphaBay Dark Web marketplace, but after it shut down, the malware had to find another method for distribution. 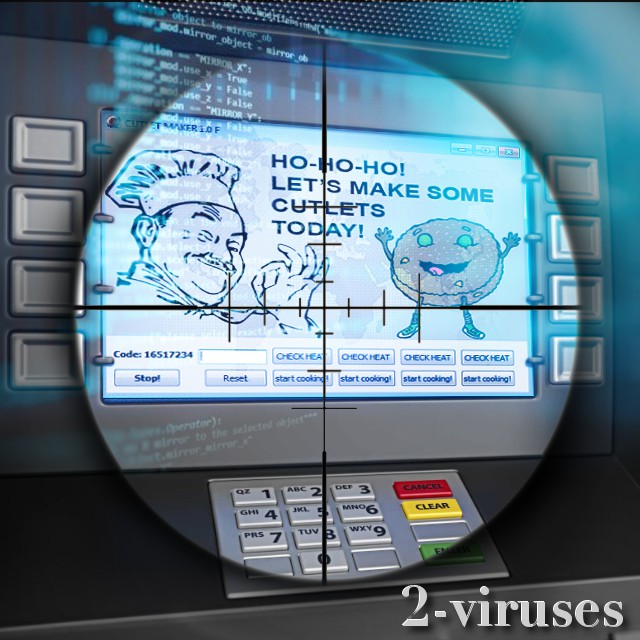 Cutlet Maker is the malware which communicates with the API system of a targeted ATM. The infection also works with a stimulator that manipulates cash cassettes of the ATM.

People consider ATMs as untouchable and it is quite rare that people would attempt to steal money from them in non-aggressive ways. However, ATMjackpot authors have designed s unique way of reaching cash from ATMS’s. Hijackers only need a knife to expose a hidden USB port which is supposed to be connected with a USB hub. In the hub, hackers aim to connect a wireless keyboard, mouse and a Flash storage device with the actual malware. The infection will be able to check the balance of the ATM cassette.

Then, the loaded malware will be able to begin retrieving cash out of affected ATMs. Authors of Cutlet Maker are presumed to be native Russian-speaking cyber criminals that have attempted the same hoaxes before. Tyupkin was a preceding ATM malware which raged in Eastern Europe a few years back (in 2014). Cutlet Maker is written in Delphi and its title is also related to the

We hope you won’t be tempted by the life of a cyber criminal. To advertise their ATM malware service, hackers even composed short advertisements, showing how cash is retrieved from ATM’s. If you do not want to fall under the radar of police, we hope you stay away from dark web and propositions such as this.