Technical Support scams are not obscure or mysterious: they are quite handily explainable, since their strategies are not novel. Cold-calls were a popular scam to trick people: in different countries, deceivers managed to come up with new scenarios to outwit people. A very popular scheme was to announce, that one’s brother/sister/husband/son/daughter/cat/hamster or basically anyone has been involved in an accident and the loving family member has to rush to their aid immediately. However, the aid was described not as patiently-sitting by the bed, but sending solid amounts of money to make this accident disappear into oblivion. At first, when these scams were something completely unheard of before, people were easy targets due to the lack of information. We can only guess how many naive people gave away their money or personal information when they were lead astray by conniving swindlers.

Now, when cold-calls are not very popular anymore, or rather are easily recognizable, hackers apply this scheme to pursue their own goals in the cyber world. Technical support window is supposed to appear when legitimate Microsoft technicians are worried that their users’ devices are facing a concerning number of viruses. It did not take long for hackers to use this feature to their advantage: now, technical supports scams are all over the place: basically unavoidable. Basis for a support scam is like this: during your browsing, a bizarre window appears, allegedly originating from Microsoft Technicians. Then, it informs users about multiple issues in their devices and urges to call a helpline to sort them out with reliable consultants. Of course, the indicated threats turn out to be a complete fiction, created to simply brainwash people into buying substandard software or revealing their bank account credentials. 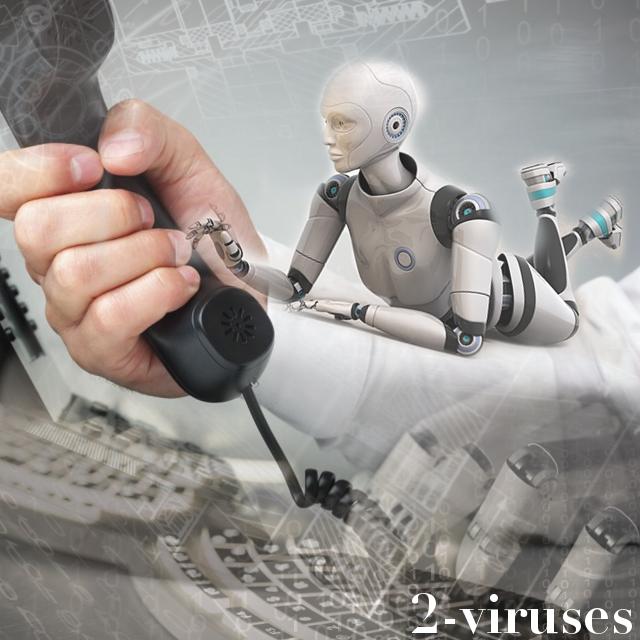 Programmer from the Jolly Roget Telephone Company has decided to help improve cybersecurity by creating a bunch of bots. His idea is that when people come across a technical support scam, strongly recommending them to call the indicated number, the person would instead contact him and provide details about the suggested telephone number. With his bot troops, Roger Anderson plans to flood the helpline with phone calls. To make bots more believable, they are going to ‘say’ a bunch of stuff, like a man yelling or a woman attempting to explain het situation. What shady consultants won’t realize will be the fact that they are engaging in a conversation with a bot, playing old recordings. Of course, this new method of fighting technical support scams won’t put them to bed, but it might annoy operators to death while they attempt to make a conversation with a computer. Since operators are going to be forced to deal with a bunch of fake calls from bots, these people won’t have as much time to deceive real callers.

Our research group constantly discovers new variants of technical support scams that you should not believe in. Even if you do get tricked into calling a helpline that is controlled by shady operators, you should be clever enough to keep your personal information to yourself. Details about your bank credit cards are to never be disclosed over the phone: even employees from banks are allowed to inquire about such information only during face-to-face conversations.