As reported by lookout.com researchers earlier, a new malware called ‘NotCompatible malware’ infects thousands of smartphones all over the world. This dirty infection is targeted specifically to smartphones and tablets running Android operating system (all versions). It’s confirmed that over 4 million phones in the United States alone have been infected with this malware.

Once inside, it will turn a device into a “zombie” – spam and phishing campaigns will be run from the infected device. ‘NotCompatible malware’ isn’t a new player in the game – it has been tracked for over two years now. However, the first version of this malware was much more simplistic. This time, developers of ‘NotCompatible malware’ have made some crucial changes in the code of this infection, and now it’s more complicated – it can infect devices much easier and cause a greater harm. 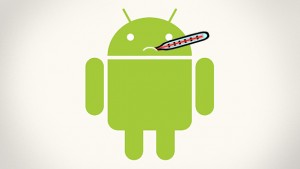 Even though this infection is really harmful, it’s not very difficult to avoid getting attacked by ‘NotCompatible malware’. It’s mostly spread using infected websites. I.e. its creators break into a legitimate website, insert a piece of malicious code in it, and when a user visits it from a mobile device with an Android operating system, the machine gets infected. While it’s almost impossible to notice whether the website is infected or not, you shouldn’t be too sceared, because ‘NotCompatible malware’ needs your confirmation to completely contaminate the device. So don’t avoid visiting various websites on the Internet using your smartphone or tablet, just be really attentive about confirmations on your mobile device. This is lookout.com comment on this situation:

The most common way for the virus to get on a smartphone is by visiting legitimate websites that have been hacked and then booby-trapped to secretly infect visitors, according to Lookout security researcher Jeremy Linden.

‘NotCompatible malware’ usually pretends to be some kind of Android system update. If your device is infected, you will see a message with a request to give a permission for a system update. Don’t approve that. You should only update your software through your settings menu. If you decline this request by ‘NotCompatible malware’, it will not be able to execute phishing and spamming campaigns from your device.

Read "NotCompatible" in other languages