Are Mac devices born to be infection-free?

Devices with Windows operating systems are the top-targets for hackers. In the meantime, Mac OS X users are imagining themselves as unconquerable and tough fishes in the sea. Why? Apple products are indeed more secure in some ways, and a popular belief was born based on this fact. Due to the assumption that being immune to malware viruses is in the blood of Mac devices has lead their users to become rather reckless when it comes to online content. Our research group does not have any objections to the fact that Macs users’ are safer than the ones that utilize Windows OS, but we cannot allow our visitors to be mislead by the notion of Macs’ complete domination.

In our opinion, Apple products are less likely to be targeted by malware simply because of practical reasons: Windows-users are the dominating force in the cyber world. Mac operating systems are Unix-based, which means that they naturally have more security features incorporated into them. If you are a loyal Mac user, then you should be pleased to hear that the operating system refuses to launch applications that have been not approved by Apple. 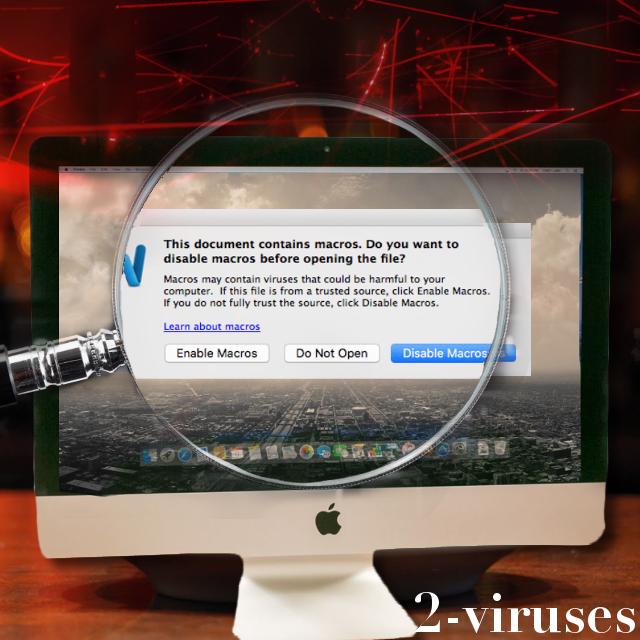 While different versions of Windows operating systems are questioned by security researchers and require some updates to solve various vulnerabilities, Mac seems to be still offering an easy interface, allowing users to easily control their computer. Mac also comes with a handy set of applications that are already installed in the operating system. While the list of pros could go on, we should remind that every security wall can be broken, and Mac users should not relax in their comfort zone.

For the first time ever, Mac users are threatened by malicious macros in Word documents. The file is explained to be entitled “U.S. Allies and Rivals Digest Trump’s Victory – Carnegie Endowment for International Peace.docm” which supposedly should provide information about reactions to Trump’s grand slam. This document can be appended to misleading email letters, urging you to open the attachment. If you allow macros to be turned on, you will jeopardize your device with python code, completely comparable with EmPyre. Windows OS users were frequently the leading audience to be jeopardized by macros in Word texts, but now, a new era has arrived and it plans to make Mac lovers’ lives a little more difficult.

Whichever operating system you decide is the most fit for you, they all must be protected by sophisticated layers of security. Same applies to Mac users even if they do feel more confident in their peace than most people.