If WannaCry ransomware nightmare has taught online communities anything, it is that the value of backup storages should never be underestimated. In fact, uploading files to alternative locations to work as a salvation in case of emergencies has been indicated as one of the most important lessons that the world should have embraced. Initial activity of WannaCry stumbled upon unprepared surfers from all over the world, quickly making the attack global.

Such notorious companies like Honda suffered the consequences of this crypto-virus. Generally, the impact of WannaCry has also been undeniable. It is enough to take notice in the amount of portals and news-feeds that attentively investigated the course of the infection. 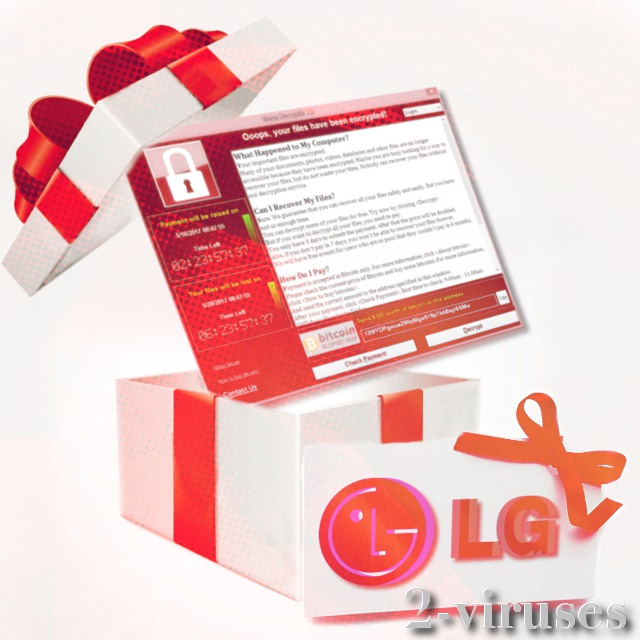 However, with the killswitch discovered by MalwareTech a.k.a Marcus Hutchins and Microsoft releasing an emergency fix for its no-longer-supported operating systems, the infection appeared to have slowly clear out. Over the course of time that the WannaCry remained to be rather idle, such hustlers like NotPetya took its place.

WannaCry is back and has been detected by LG

While the infection had certainly collected some revenues, hackers did not obtain them from their account for three months straight. At the beginning of August, crooks had finally taken their stolen goods. Starting with careful withdrawals, vicious parties did not waste any time and cleaned the account, leaving a round balance of zero. Approximately $140,000 dollars were collected by hackers.

The attention is once again drawn to WannaCry after a self-service kiosk system, belonging to LG, had been put out-of-service for a few days. At first, LG took notice in unexpected difficulties in these kiosks and managed to find out the reason: WannaCry had managed to slithered inside. Since everybody knows the damage that a ransomware can inflict on operating systems, LG quickly took care of the severe issue by blocking access to the infected service centre. This prevented crypto-virus from compromising other parts of the company. Thankfully, LG representatives have confirmed that no files had been lost to encryption.

Security researchers designed a theory why WannaCry managed to inflict on LG reception terminals. As it appears, necessary updates were not applied and as a result, their level of protection had been disturbingly low. Naturally, after detecting WannaCry in their systems, LG no longer objected the importance of renewing software. Lastly, additional hypothesis about possible attackers had also been crafted. For instance, since infected kiosks were in South Korea, their arch enemy North Korea is suspected of having something to do with the invasion.